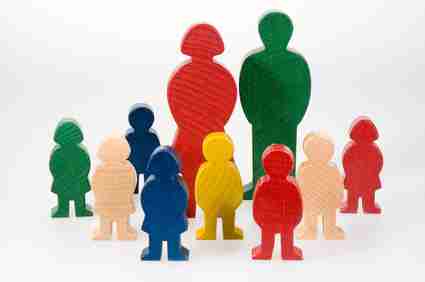 During his Autumn Statement yesterday, George Osborne announced that around 40% of two year olds would be able to receive 15 hours of free nursery education per week in order to help their parents get back to work.

The government plans to increase funding to £380 million a year in order to entitle approximately 260,000 more two year olds from the poorest families to these places.

Addressing the Commons, Osborne said, “We can double the number of children who can receive this free nursery care – 260,000 children from the most disadvantaged families will get this support in early years. This is how you genuinely lift children out of poverty.”

Call me a cynic but when I heard this I thought, “What rot!”

Two year olds do not need any kind of formal education at all. For the government to claim that they are doing the children a favour by taking them away from their parents at a young age for their own future good is, quite frankly, codswallop.

This is nothing about the best interests of a disadvantaged two year old. Ian Duncan Smith has said, “A child’s life development score at just 22 months can serve as an accurate predictor of educational outcomes at 26 years.”

Did he mean that a child’s way of thinking can be more easily manipulated the younger they are?

The sooner the child is removed from within the family unit and placed in a state controlled setting, where what and how they learn is dictated to by the government, the more influence over them the state will have. The most disadvantaged are the easiest to get on side. Once the culture of dependence has been created, the government has them where they need them to be and has full control. The benefits system in this country has created a culture where it pays more for someone not to work than to be in employment. This suits the powers that be because if they are providing your means of living, your home and your money, you are going to give them your vote. You won’t bite the hand that feeds you, after all.

Removing children from the care of their parents, from the environment of the family home and a main, sole carer with whom they have an emotional attachment in order to provide a state controlled, formal education is not going to fix the problems that a disadvantaged child is likely to face in the future.

The claims that these free places will be helping the most disadvantaged don’t have me convinced. If these children’s parents are failing to talk to or read with their children, or teach the the most basic of things such as recognising their own names, or shapes or colours, then these parents are unlikely to become pillars of the working world.  Those with poor parenting skills would benefit more from hands on parenting classes and re-education themselves, after all, they are the parents for the rest of the child’s life – not just during term times.

Ministers claim that mothers cannot afford not to work.  These plans will not change the mindset of these parents. If they do not have the motivation to find employment, and if they do not have a work ethic instilled already, having already been caught up in the benefits trap and finding that it is better not to work than to be employed, then an extra few hours of free childcare for them will not make a jot of difference.

If the government was genuinely concerned about the need for childcare for working parents, they should be providing these places to the parents already working yet having their hard earned wages eaten up by childcare costs, finally proving to the country that work does pay.

If the government were truly concerned about bringing children out of poverty and helping the most disadvantaged children they need to break the cycle.  They need to stop the benefits culture. They need to stop it being a lifestyle choice rather than the safety net it is supposed to be by making work pay.  They need to stop making a benefits lifestyle so attractive to have. This is how to prevent another generation from falling into the trap of a lifetime of handouts.  But they won’t.

Young children in disadvantaged families do not need to be taken from their parents and placed into an environment of formal education to improve their lives.  If there is such concern about how little the parent is doing to encourage raising their child to have learnt the most basic of things, it would be better to provide parent/child classes for them together.  The two year old gets to remain with their sole caregiver who in turn is themself being taught how best to educate and support their child. How about providing parenting support to these families rather than dividing them even more?

Why doesn’t the government do more to make it possible for one of a child’s parents, their emotional link, to be their constant carer during their formative years?  The family unit is being destroyed, eroded little by little with each of these government pledges which are trumpeted behind the mask of “helping” but with the purpose of gaining more control over individuals from a younger and younger age.

You want to fix Broken Britain?

Help families to be families again.


Stop trying to tear mothers who want to raise their own children themselves away from them.  Yes, some mums do want to work outside of the home (so help these ones out with the free education places, won’t you?). There are other mums who would rather be raising their children themselves but needing to hand them over to somebody else to care for them while they try to earn enough for their family simply to live.

Why is there no encouragement any more for mums to stay at home to raise their own children?  Why are childcare/nursery places/daycare centres always pushed to the forefront of any election campaign, with everyone else looking after everybody else’s children, yet nobody has placed any importance on the value of the family unit and made it possible for us to be parents to our own?

Why can’t the minimum wage be set higher enabling one earning partner to support their family more easily, as they should be able to?

Why can’t the costs of utilities be more controlled?  The spiralling costs of electricity and gas are hitting families yet the companies are reporting stomach churning profits.

Why are we paying such high prices for fuel?  If the VAT and fuel duty were deducted from the current price of fuel, a litre of unleaded would drop from a pump price of 132.7 pence to 52.63 pence per litre.

House prices have rocketed out of control. Why can’t they be reined in or salaries risen to reflect the rising costs of everything else.

No wonder families are falling apart.  It is too difficult for them.  How has something so fundamentally important to the strong structure of society become so meaningless and insignificant?  Why is it so necessary to take children away from the family unit rather than to encourage the unit to grow and strengthen?

The one thing that needs to be nurtured which can help to fix Broken Britain is being damaged beyond belief.

The Family is at risk.  We need it back.