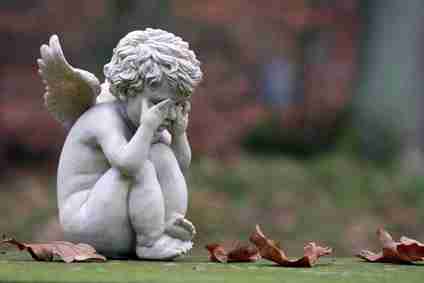 The other evening Caitlin came home from a Guide trip and soon enough launched into her story of how another girl had urged her to reveal to an unsuspecting leader how many siblings she had.

When the leader, a mum herself, heard that she had one sister, seven brothers and twins on the way she said, “Your poor mum!”

As she told me this my eyebrows shot up in surprise.  Poor?  Me?  I’ve never thought so.

I have always thought that we’ve been incredibly lucky and blessed.  I’ve never thought that being fortunate to have nine healthy, happy (for the most part) children makes me a poster child for the sympathy brigade.  I did feel low and sad and at times – amazingly close to rock bottom – when I was going through the physical and emotional pain of eight miscarriages.  Then you could have said, “Poor Tania,” if you wanted.  But since did being able to carry and birth and raise my children make me so wretched?

Oh, I know she didn’t mean anything bad by it and I know it wasn’t said nastily, or at least I hope it wasn’t.  It makes me curious though, why anyone, particularly a mother, would deem having children as being something so negative.

Did she think of my laundry pile?  If so she needn’t worry too much.  We’re lucky to have machines to take care of things and I haven’t had to resort to a tub and mangle to manage my five loads a day lately.

Was she thinking of mealtimes and imagining I’d be spending extra time in the kitchen to feed the ever expanding brood?  Maybe she doesn’t notice that it doesn’t take too much longer to peel one extra potato or to brown an extra half a pound of meat, and one meal takes the same amount of time to cook regardless of how many it is for.

Or was she just thinking that nobody could possibly want more than x amount of children and I’m rocking myself in the corner of the room on a daily basis?

With this mindset, we wouldn’t be sending out “Congratulations on the birth of your baby!” cards to new parents.  We would be sending our condolences to them.  “Our deepest sympathy for ruining your life” cards, perhaps?

So please don’t feel sorry for me because I have riches more than I can measure.