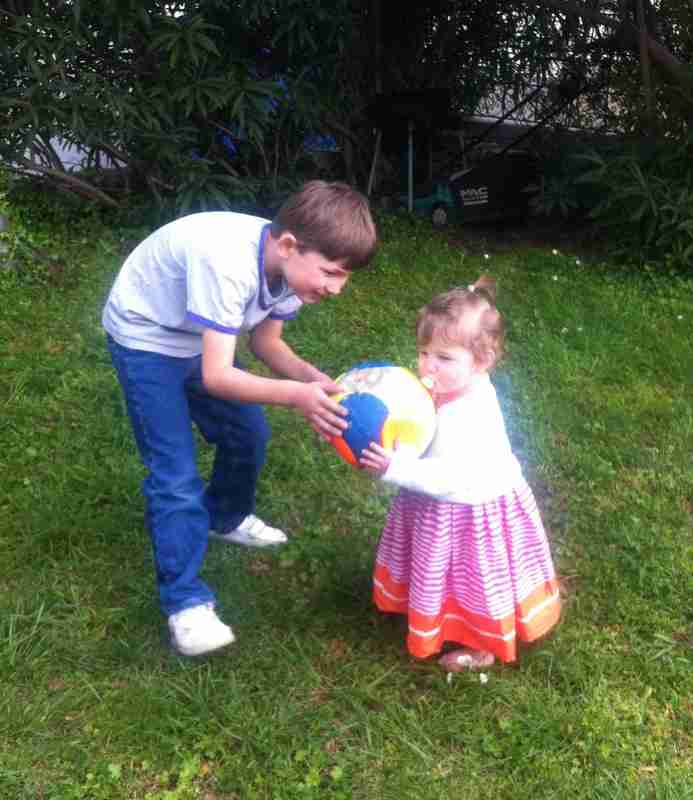 We left the Midi-Pyrenees early on Thursday morning, setting off for the opposite end of the South of France – the French Riviera, no less.

We set off looking forward to yet another location different from the two already visited.  We had already gone from farms to mountains, and were now headed off to the beaches of the Cote d’Azur.

The journey took approximately 6 hours, with just a couple of stops needed for the all-important ‘wee-breaks’.  Everyone was supplied with their own bottle of water; the sport-lidded ones rather than the screw-top, for ease of use and fewer spills.  I kept a supply of food by me, which would be passed back through the minibus to each passenger as we travelled.  This method of snacking was one we had by now adopted as the norm on travelling days, which aimed to cut down stopping time considerably.  Not only did it do this but it also managed to keep the children a little quieter.  Not much, just a little, but every little helps!

When we arrived in Cannes we managed to find the property fairly easily.  It was further from the beach than we thought, and the road which we needed to travel down was extremely narrow, especially for our minibus.  We all but hoped that the road wasn’t a two-way one.  It turned out it was.

We were by now realising the extent of the difficulties that travelling by minibus abroad provided.  In the UK our main problems were finding parking spaces large enough, or car parks tall enough or without height restrictions.  Abroad, we also had to deal with very narrow roads.  If we thought we were having issues in France we were soon in for a shock once we reached Italy!

The rental property was lovely.  Airy, spacious, clean and welcoming.  It had a wonderful, nautical, shabby chic feel to it, with its blue and white decor which perfectly blended in with its setting.  The one main disadvantage however, was that the road was far too narrow to enable the minibus to be turned onto the drive.

We had tried stopping the minibus outside the house whilst we unloaded what we could but as the bus took up the entire width of the road it prevented other vehicles from accessing the road in either direction.  This meant that Mike had to park Jalopy away from the house, walking back and forth time and time again carrying our belongings from the bus to the house.  This was not ideal, given the amount of belongings this involved, but whilst it was a little inconvenient it wasn’t a terrible problem to deal with as long as we could park in the most convenient space a ten minute, uphill walk away.

When we arrived the children wasted no time in burning up some pent up energy in the garden.

Libby headed straight for the daisies, her attempts at picking them resulting in her pulling off the heads and proudly presenting me with the squashed, pulped remnants.

Anna was keener to run around, joining in with her big brothers as best she could.  As they ran in one direction, she ran in the other – never quite managing to catch up but determinedly trying nonetheless.  She soon managed to coax Sid into playing a few games of ‘Catch’.

By the time we had unloaded, freshed up and settled we were too tired to go exploring.  The rest of the day was devoted to chilling out in the garden and eating a leisurely buffet meal before getting ready for a good night’s sleep.  Discovering the beach would have to wait until tomorrow.

One thought on “Our Big Family Road Trip: Stopping off in Cannes”