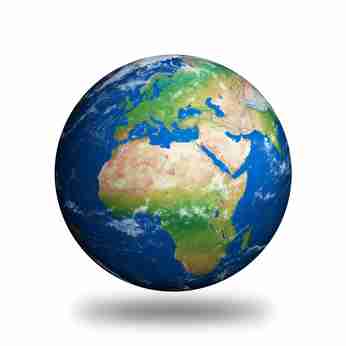 Worldwide demographics show that there are far more families with one or two, or even no children than there are large families so it all balances out in the end quite naturally without the shouts for population control.  To press for such action is going into eugenics which is very dangerous ground.

Overpopulationists ask the question: ‘What if everyone had a large family?.

The answer is, they won’t.  It will never happen because people, through choice or through any other number of reasons won’t be able to.  Therefore that isn’t an issue.

The increase in population is not due to rising birth rates – they have been decreasing worldwide – but due to people living longer thanks to healthier lifestyles and advances in the medical fields.

The issue of resources isn’t that there aren’t enough, but they aren’t evenly distributed.  People are dying in some countries not because they don’t have enough resources, but because of greed, corruption and war and these are the issues that need to be addressed.  Also consider that resources are constantly changing.  Oil didn’t become a resource until machines were invented, for example.

People are both producers and consumers.  Ten individuals (not necessarily within the same family) raised to be good stewards, to not buy into the “must have everything” culture that we now have, who are resourceful, diligent , have a good work ethic and aware of their actions are going to be far more of an asset to the world than one or two people who are ignorant of their actions and place importance on a material and consumerist, something for nothing celebrity lifestyle that they believe they must have thanks to the media and (I use the term very loosely) “role models” that we have today.

Yesterday I was invited to participate in an interview with BBC Radio Newcastle to discuss the topic of family size.  Jonathan Miles threw out some good questions and at one point played a clip from an interview with somebody from an overpopulation pressure group.

The interviewee said something akin to people stopping at two children because then we could all have bigger houses for the same price and travel to work on public transport comfortably.  My interview can be heard online here for the next six days only.  I’m about forty minutes in.  My answer, in case you are curious, was that it was typical of the ‘me-society’ we now have. To my mind this is exactly the kind of mentality which would help the world on its demise rather than to save it.  Why on earth would a family with one, two or no children need a bigger house?  They wouldn’t, would they?  This is so typical of the selfish arguments given where people think it their right to dictate how many children others should have because, at the end of the day, they don’t want their own lives compromised in any way shape or form.  Yet we are the ones who are considered selfish?

Being responsible doesn’t have anything to do with limiting the number of people in the world.  It has everything about the way every, single person in this world is raised to live and how much consideration they are raised to have both towards other people and to their environment.

Limiting people’s choice of family size and consequently the population does not guarantee a limit on ignorance, selfishness and greed.

One thought on “Large families, population size, world resources and the real issues that need addressing”