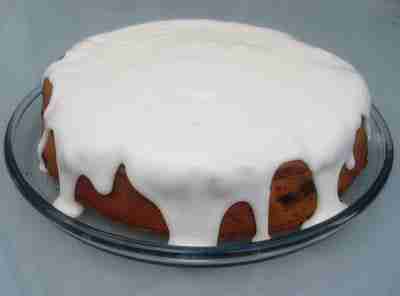 I’ve been messing about in the kitchen experimenting with some recipes.  Our chickens have been poorly, and all but one has stopped laying eggs.  Being unwilling to buy eggs I decided upon an eggless sponge.  Egg-free recipes aren’t just handy when your hens have stopped laying though, as anyone with an egg allergy will tell you!

This apple cake recipe one began as a plain sponge cupcake recipe.  I opened the cupboards pondering what I could use as flavouring and found the old favourite – cinnamon.  And what goes well with cinnamon but a good old apple or few.

Today I wanted to try the recipe again, but I wanted to see how it went as a single, large cake.

So here is the recipe: