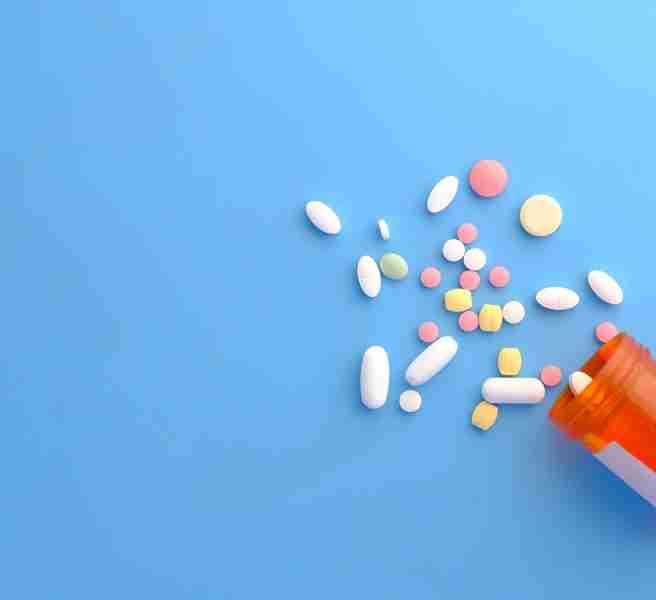 Drug addiction is a severe problem that affects millions of people around the world. The Addiction Center estimates that nearly 21 million Americans suffer from drug addiction, and more than 70,000 die each year because of it.

Currently, there is no medication for addiction. However, research has shown that some medicines can help addicts and alcoholics cope with cravings and withdrawal symptoms. They may also reduce the likelihood of relapse. This blog post will explore some of those medications as well as their effectiveness in treating addiction.

The most challenging part of detoxing is coping with withdrawal symptoms. During the initial stages of substance abuse recovery, former drug users experience many uncomfortable side effects. These include anxiety and depression, in addition to nausea and seizures. Other less severe effects may include sweating and muscle pain.

There is no universall solution for treating these withdrawal-related illnesses. Still, some medications have been found effective in combating them, such as benzodiazepines, clonidine, and antidepressants.

Benzodiazepines are used to reduce anxiety and irritability in people who have been addicted to drugs, such as Cocaine or Heroin. These sedative medications will also ease alcohol withdrawals. Doctors advise against prescribing these benzos due to their addictive qualities; however, many addicts find them helpful while undergoing detoxification treatments at drug rehabilitation centers where doctors prescribe them responsibly.

Clonidine can be used to treat withdrawal symptoms from alcohol and opiates. It also helps reduce sweating, muscle pain, cramps, and anxiety in recovering users.

Antidepressants are an essential part of the substance abuse recovery process. Without drugs, recovering addicts cannot produce enough happiness-inducing chemicals; because they’ve relied on them so much to keep themselves happy. This often leads to depression, and therefore the need for antidepressants. Anticipating this, people in detox may take an antidepressant like Zoloft or Prozac to relieve any feelings of depression.

Alcohol can be addicting, and even more so if you abuse it regularly, prolonging the withdrawal symptoms, which are often unbearable to live through. This condition is known as post-acute withdrawal syndrome (PAWS), where prolonged suffering occurs after quitting drinking entirely or removing oneself from chronic alcoholic usage patterns.

It usually lasts between weeks up until months, depending on how long one has been hooked into their cycle. Medication used to curb alcohol withdrawal symptoms include:

Naltrexone reduces the euphoria of people drinking alcohol and suppresses their desire, making it easier for them not to binge or only drink on occasion. It can be taken in an oral tablet or injectable form, and the side effects are abdominal pain and nausea.

Disulfiram causes an unpleasant reaction if you consume alcohol after taking this drug, so it’s useful for people who struggle with cravings or want to cut down on drinking entirely.

Acamprosate has been used successfully in detoxing patients to prevent them from drinking again once they’re done with treatment. It works by preventing anxiety or depression, making you want to drink more as an escape route.

Opiates are commonly used to relieve pain, but they can be addictive, inducing a euphoric-type high in some people who take them. Medicines used to treat opiates include:

When someone is addicted to heroin or opiates, medical professionals will often prescribe Methadone. The drug works by binding with the same receptors in your brain that produce an effect similar to heroin. Methadone does not lead one towards addiction because it doesn’t cause euphoria like other substances can do. Instead, it acts as just another painkiller and will suppress cravings for more powerful drugs, so you don’t feel compelled to use them anymore.

Buprenorphine is effective in eliminating opioid withdrawal symptoms and reducing cravings. It does this by blocking and activating the brain’s receptors to opioids. Since buprenorphine has no euphoric effect, it can be safely prescribed during addiction treatment programs.

Naltrexone reduces a recovering addict’s urge to use opioids and heroin, just as it does with alcohol.

Having a nicotine addiction is never easy to quit. The withdrawal symptoms can be excruciating and difficult for people who have been dependent on cigarettes or other forms of smokeless tobacco products. However, there are some medications available that may help alleviate your pain while you attempt recovery from this habit-forming substance. They include:

The most common replacements for cigarettes and nicotine products include patches, gum, and lozenges. These contain the psychoactive ingredient that helps lessen withdrawal symptoms while maintaining an intake similar to the one before quitting smoking, so you don’t experience extreme discomfort.

Bupropion is an antidepressant that reduces cravings and withdrawal symptoms. It’s also been shown to reduce the discomfort of addiction, which means it can be used with NRSs.

Varenicline also reduces the craving for nicotine but is known to cause stomach problems, which settle with time.

If you or someone you know is struggling with addiction to a substance, be it nicotine or heroin, there is hope. There are many types of medication for addiction, depending on the type of drug being abused. The medications don’t necessarily cure addiction, but they help reduce withdrawal and craving.