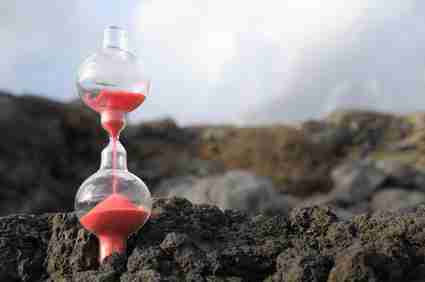 I really didn’t know whether I should use this title for this post or not, thinking it was highly likely that in this blog’s nine year history it has probably already been used several times. I can’t remember for which reasons it might have been deemed an acceptable title for a blog post which then reassures me that the trials and tribulations of the time have long been forgotten and so, can’t have been too problematic after all. That or they were so bad that my brain refuses to revisit that period of time, insisting instead on relying upon a PTSD sort of memory lockdown, an attempt at preserving whatever might be left of my sanity.

Sanity which is rapidly deteriorating.

With just nine days left until we are due to set off I should be quite confidently getting on with the preparations in hand. Unfortunately, our minibus is still in the garage and stress levels are going through the roof. The garage now claims that the job that they originally told us was not a problem, then changed their minds two weeks later to tell us that it needed to be done before we left, actually wasn’t that important to do after all.

Now that they’ve got their money of course.

And the original problem they were meant to fix – that we’ve paid for – is still there.

So they’ve been paid to replace something that they, the professionals in the field, said needed to be replaced in order to solve a noise that shouldn’t be happening. The noise is now even worse than before and we’re £250 worse off. They are also now stating that the minibus has other problems that are the cause of this noise which is very strange considering a different mechanic who saw it only last week and tested it for its MOT did not state any other issues at all and that they themselves didn’t mention anything else just two weeks ago.

To say we are not happy is an understatement.

In the meantime, we’ve been busy ensuring that all our paperwork meets the requirements for driving in each country. We needed to apply for a new Umweltplakette, the emissions zone sticker that is required for Germany that you can find out more about here. France have recently introduced something similar and, whilst I think it is only for certain areas that we probably won’t be going near or by (and I say ‘probably’ very loosely as you know what we are like for changing our plans), we decided to get one anyway. They cost a matter of pounds and once you’ve bought it, it’ll remain valid as long as you have your vehicle.

Then there’s the International Motor Insurance Card, also referred to as the Green Card. The insurers are supposed to issue that for free but it seems it doesn’t automatically come with your insurance and they won’t mention it until you do. Then they take a year and a day (well, three days) to even begin looking into setting it all up for you, despite you telling them you need it sorted as soon as possible. Five days later, you’re still waiting.

The International Driving Permit is required in addition to your normal driving licence in certain countries. According to the Post Office website it only costs £5.50 and the service is offered at any of the branches listed through its ‘branch finder’ service. As it happens, none of the five branches we visited offered the service, even the main Post Offices, and we were advised at one that we could apply online (you can’t).

Having spent a lot more on fuel and parking trying to find a Post Office that did offer this service, we decided to opt for the RAC’s IDP application service instead. You do need to pay them an additional £2.50 processing fee per application but they will return your document within ten working days. If you want it processed within 48 hours you can pay an additional £6.95 to have your application prioritised.

To apply, you need to print out and complete the application form and post it off to the RAC with copies of your passport, driving licence and a passport photo with your signature on the back. Mike did this and duly received a phone call from the RAC the following day informing him that the envelope was opened by the time it was delivered. Thankfully, only the photo was missing – I can only imagine the panic if copies of his driving licence and passport had fallen into the wrong hands! Needless to say, he immediately re-sent the photo by recorded delivery.

Hopefully that should arrive within the next couple of days along with three of our EHICs that I hadn’t realised expired, still not quite grasping that the year is now 2017 and not 2016. With any luck the insurers will pull their fingers out and the mechanic, who I believe may well be a sister company of Trotters Independent Traders, will ensure our bus has no further and no new problems.