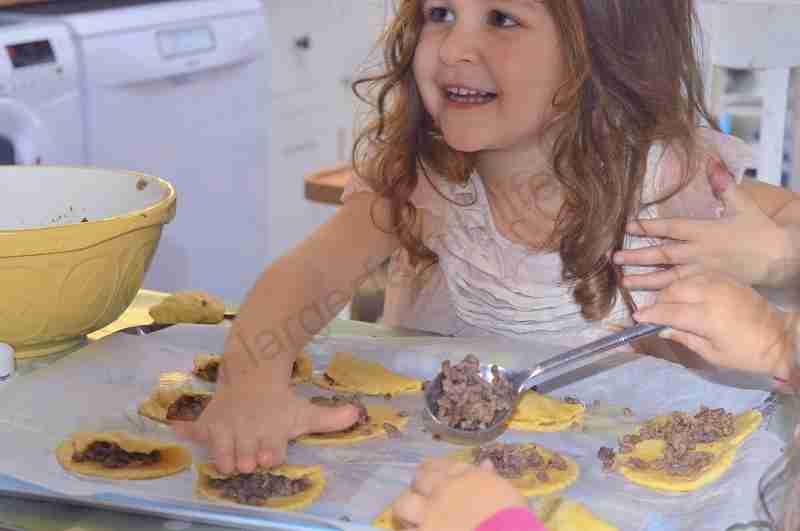 My Saturday plans to make fresh ravioli for dinner ended up with the opening of the culinary domestic sweatshop.

Paddy came on board to cook the filling earlier on during the day. Afternoon came around and with the filling now cool, it was time to begin preparing the ravioli. Obviously, with 13 of us at home we need quite a large quantity to feed everyone and I was expecting the job to take a good hour or so to do. By the time I had finished pulling out the ingredients and our Marcato Atlas pasta machine, several helpers had emerged and I immediately knew that the job would now take considerably longer than it would have.

Luckily, I had anticipated the enrolment of an army of helpers and allowed plenty of time.

They tasted delicous too!

We will be posting the recipe soon.