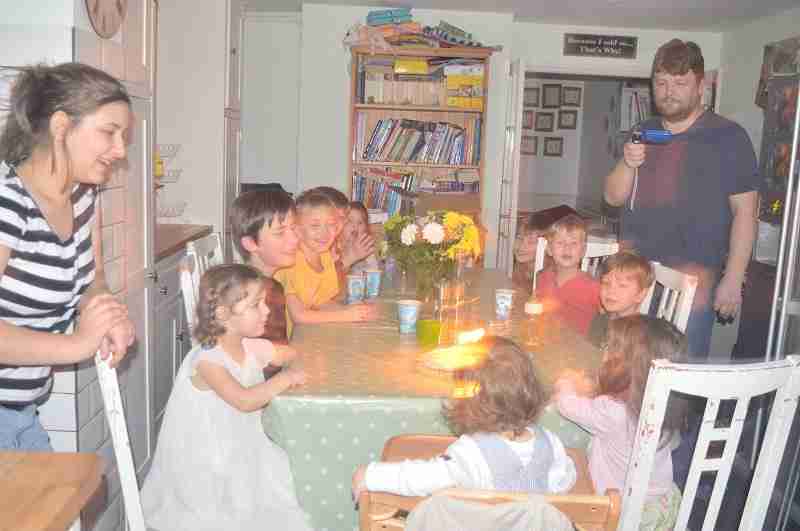 We ended up marking the end of more than a month of various bugs and illness by celebrating three birthdays within five days.

Ben celebrated his 22nd birthday on the 10th, miles away from us of course, being in the chilly north for uni while we are remain in the almost-as-chilly-but-not-quite-as-cold south-east. A Skype conversation of ‘I celebrated last night. Drinks are £1. It’s probably all you need to know’ was about all I know about his celebrations. He’s right, of course – it probably is all I need to know.

Friday the 13th saw Harry turning 12. Growing like a weed and eating like a locust, he is in the in-between stage of having outgrown the child’s range of clothing with the menswear section fitting just that little bit too loosely. It won’t be long before he’s filling them out. Watching a child make the transition from boy to man is a fascinating yet emotional process – a mixture of pride at the young man he is becoming and a sadness at losing the little boy he once was.

It goes so fast.

We finished off with Tim’s first birthday yesterday. I can’t quite believe that this cheeky, bouncing, crawling ball of mischief is already a year old. Amazingly cute and spoilt by all, he and Isobel already look set to be quite the little team together. Tim is a ringer for Harry when he was younger – we look at the old photos and compare and the similarities are astonishing. His doppelganger for sure, the time will fly when Tim too will be celebrating his twelfth birthday – and we’ll wonder once more where the time went.

It goes so fast.