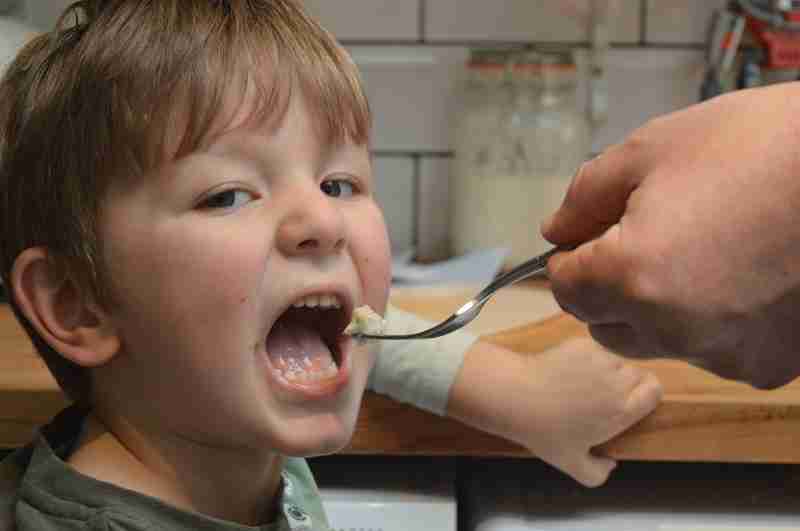 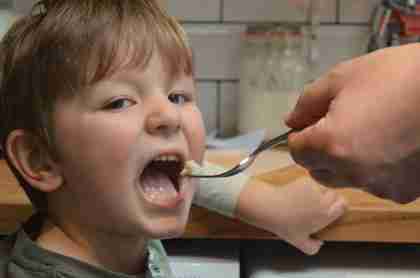 After watching several of the River Cottage series which they claimed to be doing for research purposes in preparation for downshifting, the boys came up with a list of new foods they would like to try.

Jellied eels were on the list and today was the day for a taster.

As you can see, reactions were varied…

But at least we tried!