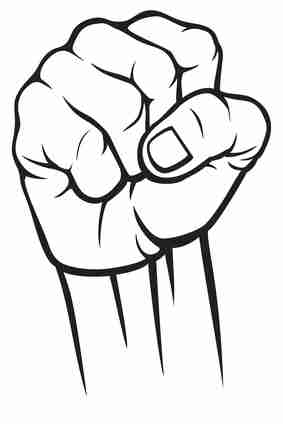 It’s no secret that I am stubborn and opinionated.  I have a thought on everything.  Sometimes I air it.  Sometimes I don’t.  Most of the time Mike and I put the world to rights ourselves.  Sometimes I’ll offload here.

When I watched the final edit of 16 Kids and Counting I was a little nervous.

Putting the world to rights.

It’s no secret that we go against the grain.  I’ve talked about why we don’t live according to society’s expectations here and here.

Instead, we are so in awe of all the positive messages of support that we have received!

We are trying to remain humble and not get carried away with ourselves, yet still be appreciative of everyone’s kind comments and uplifting words.  I can’t bring myself to retweet the lovely tweets we’ve had, and I much prefer to email individuals privately.  It feels a little narcissistic for me to do otherwise.  But then I wonder if we’re looking unappreciative and we certainly wouldn’t want anyone who took time to contact us to think that – because the messages mean a lot, they truly, truly do.

Never in so long… well never in ever, have I called Mike over so often.

‘Aah, look at this message.’

In the last week we’ve felt the sadness and despair of parents whose children’s schools are failing them.  Their child is being bullied, or not reaching their potential and they didn’t believe there was a way out.  They’ve written to ask for help or information and we’ve gladly given as much as we can.   Some stories were so sad I actually cried, thinking ‘they don’t have to go through this!’.  In some cases, they’ve taken the step to home educate.  They’ve thanked us for showing them that what they believed their child had to endure was actually something they didn’t have to stand for and accept.  They now saw a way out when they didn’t think it possible before.

We have had messages of support from families keen to raise their children in a strong, loving environment though with boundaries and limits, against the pressure of media and TV and magazines and… well, just others.

We’ve spoken with people who had chosen a path which was different to society’s accepted one.  People who had come up against criticism and backlash from those who disagreed – often from family or those who they had considered friends.  They thanked us for reassuring them they weren’t alone.

We’ve had emails from those too afraid to take steps to walk their own path – worried about the criticism and backlash from those who disagreed.

But they’re not afraid any longer.  They’ve thanked us for showing them you can live your life a different way and live it well, despite what others say, or how they tell you you should live it.

It made all the worry and concern of filming for the last few months worth it.  And I did worry and was concerned!  Greatly!  I text my poor director, with whom I locked horns more times than I care to remember.

It looks like our little appearance may be starting a revolution.

It’s only a small one.

It’s nothing big at all.

But if we’ve helped just one child get away from the bullies, or helped one child have a chance of reaching their potential when a school did all but stifle it, if we’ve encouraged one family that they don’t need to follow the crowd, or given someone the push to be different – not bad, just different – then we’re happy!

If watching us helps someone find that they can be free of the restraints and the limits society places on them, if it encourages a person to question society’s expectations of them and if they needed a catalyst to encourage them to say, ‘no thank you.  I’ll do it this way instead,’ we’re happy!

So here we go!  Onwards with our dream, only now we have company!

13 thoughts on “Starting a (mini) revolution”