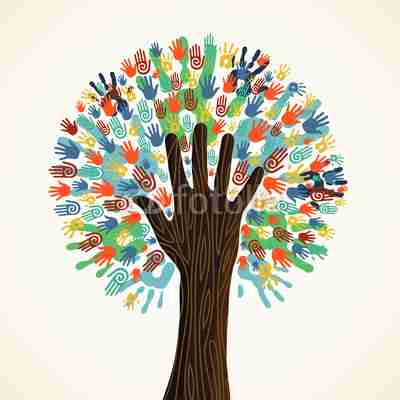 Earlier this week I linked to a series of posts I wrote on why we decided to home educate our children.  It has been four years since that series was written, and with that time has come four years of home educating.

A few things have changed in the way we work since then.  We now have four children officially doing ‘lessons’ and a few more children have joined the family since 2009. Several years on and you might ask whether we regret our decision?  Our reply – not for a second!

Last month it emerged that our local authority was the worst performing in the country with only 72% of 11-year-olds reaching the standard expected in English and maths for children of their age.

It could possibly be overlooked as a hiccup if it were a one-off occurrence.  Unfortunately previous records show otherwise with Medway being in the bottom five for the previous two years also.  In December 2011 Hilary Sanders, Medway’s school assessment and performance manager, acknowledged that the council was concerned with the results yet then went on to deny that the poor performance throughout the area negatively affected pupils, stating: ‘I don’t think we are failing children but I think we could do better and we are working with the schools to do better’.

She’s right.  They aren’t failing children.  They are failing everybody.  These children are the people who will be living, working and running the country in the future.  What hope do they have if they haven’t even received a half-decent, basic education?

Progress clearly hadn’t been made given that Medway now ranks at the very bottom of all local authorities in the country.

On looking further,  we discovered that only 1% of children at the local secondary school achieved  A*- C grades in maths and English for their GCSEs.

A year on and the picture hasn’t improved on a nationwide basis either.

In December 2012 the newest primary school league tables revealed four in ten children who were considered ‘advanced’ at aged 7 and were predicted to achieve a higher than average level 5 in Maths and English by the age of 11 had failed to do so.  (You can find out information on your local schools here).

The Department for Education voiced its concern regarding the great number of children whose potential had not been reached, saying that it was ‘unacceptable that children who made bright starts to their school careers had “fallen back into the pack”.

Results taken from the national tests taken by 540,000 11-year-olds last spring revealed that a quarter of pupils left primary school without basic skills in reading, writing and maths.   They also showed that two thirds of pupils who began their schooling already struggling with the subjects had still failed to reach the level four average by the time they left.

In short, the conclusion is that regardless of whether a child has struggled to begin with or has shown great promise the education system has failed them.

All of our children have been able to learn and develop skills at their own pace.  Presently, this pace seems further along than they would have been allowed to reach had they remained in mainstream school.  It isn’t only about how far and fast they can proceed, but also enables them to focus on any areas they may need to work on a little longer.  Sometimes it takes a while for something to ‘click’.  With home education they can take as long as they need.

Caitlin is no longer working with the same curriculum as the younger children but has now progressed onto learning online, where she has begun her IGCSEs a year earlier than she would have done.  In addition she has also been able to try out things she wouldn’t otherwise have had the opportunity to try and to develop skills she wouldn’t have had time to even try had she remained in school.

All the children are doing exceedingly well academically but these national test results do not reassure me that they would be working at this level had they remained in mainstream education.  But – let us not ignore the fact that education isn’t only about Maths and English and getting the right grades in the right subjects.  Of course, Maths and English are important but academic qualifications are not the be all and end all of life.  Tomorrow I’ll be explaining why this is, and why home educating can provide a better all round education than mainstream schools.

2 thoughts on “Home educating four years on. Were we right to do it?”