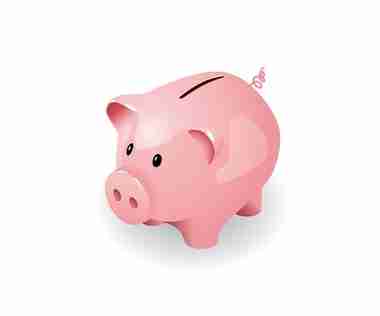 I really dislike these articles and I wonder whether people read them and think that they must be correct.  True, children aren’t cheap but they need not be terribly expensive either.

Now, call me a tight-wad but I’m not paying for any of those things.  I might stretch to a bit of bunting or a cake topper or something for a wedding.  I’m happy to get together an “Happy First Home Starter Kit” of pots and pans and a tin opener and I might bung them a twenty for a book or two but I’m not paying close to sixty grand on those three things.  Good grief, I’m not paying that much throughout their lifetimes.

To begin with, a wedding and uni fees and house deposits is down to them.  They want a big wedding with all the trimmings they’ll have to scrimp and save for it.  Likewise with the house.  University fees well, not every child goes to university.  My oldest two have opted instead for getting into the workforce.  And if they did then they’d have to pay for it after their studies.  I think it might make them more inclined to work hard when it’s their own money at stake, rather than Mummy and Daddy’s.

Another thing is that if they do not learn the value of work and the lesson of learning to save and to go without and to be skint and make a choice of a tin of beans or a loo roll at some point in their lives then I think that’s a valuable part of a life lesson ignored.

There is always a meal for them here.  And a roof if they need it.  But things like houses and cars and weddings are the things that grown-ups do and grown-ups should not be depending on their parents to provide once they have reached that stage of life.

What do you think?  Does it really cost that much to bring up a child?  And should parents be the ones to pay for house deposits, university fees and weddings?