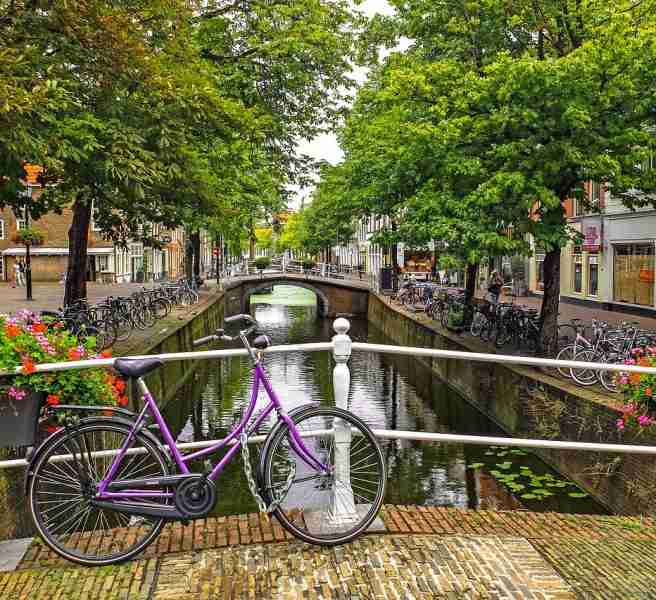 The Netherlands, otherwise known as Holland, is easily reachable from the UK and is ideal for a short holiday. The only problem is, there is so much to choose from, a short trip just might not be enough.

With a huge variety of things to see and do, Holland is ideally suited for couples, families as well as elderly travellers and is famed for its winding canals, gabled architecture, tulips and windmills. Here are some ideas for some of the top things to do in Holland.

Holland is located in western Europe and is bordered by Belgium on the South and Germany to the East. It is one of the oldest lands and traces its roots to 4,500 BC. Once upon a time it enjoyed flourishing trade but then became involved in a series of wars against France and Spain. Netherlands is now a prosperous and peaceful European country and packed with culture, art, and more besides.

You cannot think of the Netherlands without conjuring up images of mile after mile of canals. This attraction include the 60 miles canals with, would you believe it, 1,500 bridges. The three most spectacular ones are Herengracht, Prisengracht and Keizersgracht. Take time to stroll around the charming Dutch town of Leiden enjoying the views but avoiding the bicycles!

Or you might choose to join the cyclists yourself. Why not hire a bicycle in Amsterdam and cycle down to see the popular Rijks Museum with its famous painting by Rembrandt? Cycle a little further and you come to Ann Frank’s House. Then you might park the bike and take a walk across the mudflats with guides to visit the West Frisian Islands that lie just off the Dutch coast.

The West Frisian Islands are famous for catamaran sailing, kite-surfing, parachuting and horseback riding. You can tour the islands on bicycle or by walking.

The Delft City Hall built in the market square is known for its renaissance style architecture. Pay a visit to Rotterdam with its picturesque harbour and the Diergaarde Blijdorp Zoo and oceanarium. View paintings by Van Gogh, Monet, Rembrandt and Dali at the Museum Boijmans van Beuningen.

Enjoy viewing well preserved monuments at the Hague as well as the world renowned Madurodam where you can see the whole of Holland built in miniature.  If you’re travelling with children, take them to the Duinrell Amusement Park for amazing roller coasters and water parks.

Take a trip in space and time with the spectacular Mesdag, a 46- feet high illusion that takes you to the nineteenth century.

Finish with a memorable trip to the Keukenhoff Gardens that boasts more than seven million flowers including tulips, daffodils and hyacinth.

Netherlands boasts an amazing nightlife; let down your hair at Cafe Nol and Cafe Thijsen in Amsterdam. You can visit more than 20 of Amsterdam’s most popular attractions with a Go Amsterdam Pass. Passes are available for one, two, three or five-days. Simply pay one low price and to gain entry to as many of the attractions as you want… or have time for!

While you are visiting Holland, don’t forget to enjoy some of the national cuisine it has on offer. Some of the must-sample Dutch dishes include poffertjes (pancakes made of wheat flour and yeast), bitterballen (deep-fried dumplings made of mixed beef and herbs) and Stroopwafels (sweet waffle cookies). What are your favourites?!

There are also many popular Dutch festivals including the Elfstedentocht (annual skiing marathon), the Enkhuizen (flowers festival) and the Scheveningen (sand sculpture festival), so there is something that everybody can enjoy throughout the year.

There is no doubt about it, you certainly won’t run out of things to do when visiting Holland. In fact, a weekend trip won’t be enough!