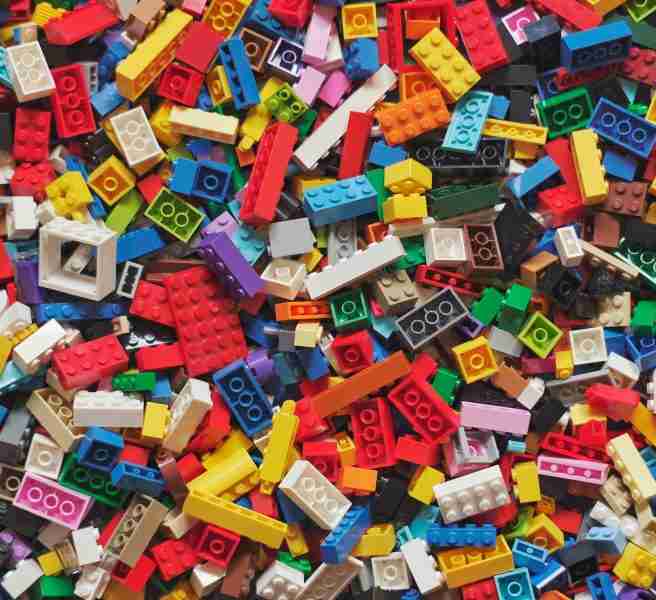 Whether you are a kid, you have a kid, or you’re a big kid at heart, chances are you know a thing or two about LEGO Ninjago.

I mean, when the awesome worlds of ninjas and LEGO collide, it’s pretty hard to avoid this unique and imaginative combination.

For those who don’t know, LEGO Ninjago sets are based on the exploits and adventures of a group of teen ninjas who are defending the Prime Ninjago universe from the evil forces led by Lord Garmadon.

Now when it comes to intricate details and endless hours of fun, it is pretty hard to beat LEGO Ninjago. And with both movies and a tv series of this ninja world, you can totally see how and why LEGO Ninjago sets are some of the most popular LEGO sets out there.

The best thing about LEGO Ninjago sets is that no matter your age or LEGO building skills, there is a Ninjago set ready and waiting for you. Sets are available in a range of sizes, with some sets having a few hundred pieces, and some sets having literally thousands of pieces. And you can combine these sets to create a mega Ninjago world, or you can play with each set standalone.

Whatever your LEGO playing style, keep reading to learn about some of the best LEGO Ninjago sets out there.

For the budding Ninja legends the Storm Fighter Battle sets is the perfect set to get them started on their Ninjago journey.

Aimed at kids aged 4 and up, this 165-piece set will keep the kids busy, and on completion of the build, they will have a car, jet, a Ninjago temple with a jail, and 3 action figures!

Kids can recreate scenes from the early seasons of the Lego Ninjago Masters of Spinjitzu TV series.

To make it even easier for the little ninjas, this set includes starter brick bases to make the building process a whole lot easier. And if this is their first LEGO set, it most certainly won’t be their last – it’s the perfect introduction into the Ninjago Universe.

LEGO Ninjago Tournament of the Elements (71735)

The Ninjago Tournament of the Elements is when the really cool details come out! Suitable for kids aged 6 and up, this set includes 283 pieces, which can be a little challenging to put together, but oh boy, once it’s set up, hours of fun will be had.

Spectacular ninja skills are on full display during the Tournament, and the epic battles take place in the intricately detailed Ninjago temple you will build as part of this set. The temple includes awesome features like a battle platform, a rotating weapon platform, jade blades and a spinner weapon. When you finish this fun build, there are hours of roleplay to be had with the included 7 mini figures!

For the kids who are ready to take a step up in both their LEGO Ninjago and their general LEGO journey, the Destiny’s Bounty set is a great option. Upon the completion of this 1,781-piece build, you’ll be ready to set sail on the seven seas with your Ninjago ship and seven mini figures.

Gripping adventure is on the horizon with the Destiny’s Bounty ship, which is based on the ship from season one of the LEGO Ninjago tv series. And the portability of this set means that you can sail through epic adventures when you’re out and about or from the comfort of your own home.

This ship set is a fun and challenging build which will keep the creative youngsters occupied for hours, both throughout the build and once it’s completed.

And the best part about this set is that not only can you play with it as a standalone set, it makes an awesome accessory to any other LEGO set!

This 968-piece set is perfect for the Ninjago battles that need a little more oomph. The Ninjago Fire Stone Mech is equipped with a stud shooter and can fit two minifigures in the cockpit. And with the minifigures of Hero Cole, Hero Kai and Hero Nya included in the set, you’ve got that extra firepower and back up to defend against your enemies, Murt and Moe, whose minifigures are also included in this set.

Aimed at kids who have had a bit of practice with LEGO building, this set is suitable for ages 9 and up. Not only is the build of this one fun, but so too are the countless hours of play time once its complete. Its portability means that you can enjoy playing with this one at home or when you’re on the go!

The last set we’re going to talk about is for the seasoned Ninjago fans who know a thing or two about not only the Ninjago universe, but also about building LEGO sets.  This one is no mean feat, with over 5,000 pieces.

The assembly of the incredible City Gardens set takes a little longer than some of the other LEGO Ninjago sets we’ve encountered, but the pay off is so worth it.

Once you complete the build of your masterpiece, you will have multiple playrooms spread over 5 tiers. Some of the awesome places you will create include an ice-cream shop, a noodle house and a ninja control room.  And along with the 19 minifigures included in this set, you can recreate, and create your own adventures and experiences.

This one is aimed for young teens, around 14 and up, but with the help of an older brother or sister, the younger ninja masters will be able to complete this build.