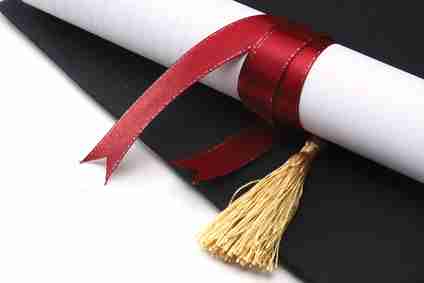 Universities have reported that in the academic year of 2016-17 there were 2,316,475 students in higher education courses across the United Kingdom. Unlike the pre-millennium era when choosing a higher education course at university was somewhat of a niche market, we are now at a stage where not only the number of undergraduates is skyrocketing, the quantity of postgraduates has boomed alike (551,580).

This has meant that the number of university graduates entering the UK’s workforce is also increasing significantly year on year. Therefore, graduate roles that many students are applying to following the completion of their course, either immediately or several years later, are often becoming oversubscribed. With competition for these jobs heating up, many students are instead opting to remain in higher education prior to the completion of their undergraduate degree by signing onto a master’s course.

That said we’ve decided to analyse why students are choosing to stay in academia, and what effect it has on their future prospects.

Studying at postgraduate level can be of particular importance to students still unsure about their future career path. Take for example a recent graduate of business management. Due to the wide scope which this course covers at undergraduate level, the number of career routes they could go down is incredibly high. Choose a more concentrated postgraduate course, however, and one can make themselves more suitable to a distinctive role. The likes of Business with Supply Chain Management is one course which offers students an alternative dimension when eventually veering into a future career. Not only that, but, further education built upon the pre-established undergraduate blocks allows for a development in knowledge. At A-Level stage in school, despite how you feel in regard to assistance from teachers, the vast majority of your education is heavily supervised and revised at each hurdle. As you progress through your academic studies at university, the crutch that was once there is slowly removed before you reach your final year. Completing a dissertation or research project, you recognise that the help previously provided is no longer there, and the likelihood of success, hinges significantly on the amount of effort that you submit. Re-enrol to the next stage, however, and it will become apparent that you have free roam, learning what you want to — often in a professional environment.

The benefits of a postgraduate course are two-fold. Move onto a career following the completion of your course and employers will instantly recognise your commitment in terms of your own personal progression. Despite the fact that you won’t be able to walk straight into any job, interviewers will appreciate the dedication you have placed into completing an initial degree and then a supplementary one.

When you do successfully land a role, the skills obtained at postgraduate level will stand you in good stead in regard to being offered more responsibility than someone without a similar experience. Furthermore, career progression will have more chance of being unlocked thanks to your enhanced knowledge.

If, you do realise that you haven’t finished with learning, and particularly enjoy the academic lifestyle, a postgraduate degree is undoubtedly the next step in terms of establishing a career within academia, prior to advancing into a PHD style course.

An investment in your future

A report conducted by the Higher Education Academy analyses the advantageous properties of postgraduate degrees, and the statistics speak for themselves. Fifty-eight per cent of those studying a master’s degree do so to progress within a current job, 54 per cent to improve employment prospects, and 21 per cent to enter a certain role. Similarly, 12 per cent more postgraduates were in a high skilled job than those in the same position, but, with only an undergraduate degree. Those under 30 who had successfully completed a master’s degree earned approximately £3,500 extra a year, while those in the ‘working age’ bracket, laid claim to an additional £6,000 per annum.

There is no denying that the significant emphasis which has been placed on studying STEM subjects over the past decade has been done with reason. Monster, who specialise in professional development, analysed the various master’s degrees on offer, and which of these courses pay relate to the highest earners. The top 10 highest earning roles which developed from a postgraduate course are closely linked to science, technology, engineering, and mathematics; finance, healthcare, and telecommunications all rank highly on Monster’s list. Nurse Anesthesia, as a role, however, is the most highly paid on their list. The Complete University Guide on the other hand has postgraduates of Business & Administrative Studies as the highest earners, with an average salary of £46,966.

This is your time. So, make it count.

Whether you’ve just completed your undergraduate degree, are in the early stages of your career and want to take the next step, or you’re currently juggling a career and family, this is your time. Use it wisely – develop your knowledge, pursue your interests, build your skills and career, and join a talented, global learning community filled with ambitious, inquisitive people – just like you.

Obviously, there are a host of things to consider before choosing a postgraduate degree, yet, the various points touched upon within this article might be able to help you when you are making the decision.