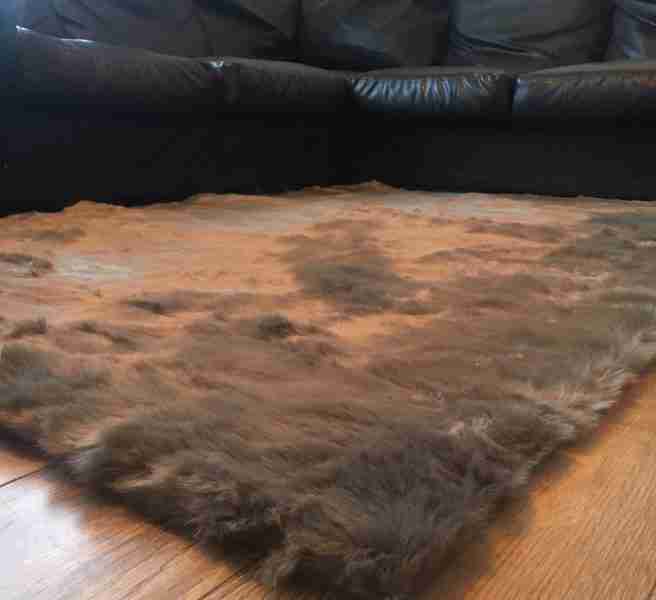 I honestly believe my children have the ability to argue over anything at all.

I am not joking. They argue over one piece of LEGO.

Who on earth knows who one piece of Lego out of thousands of pieces that can be found in every nook and cranny of our home belongs to anyway?

My kids, that’s who.

They can argue over anything.

You see, we received this utterly gorgeous Fairmont rug from Land of Rugs to review. As you can see from the photo above, it seems soft, sumptuous and makes you want to snuggle right into it. 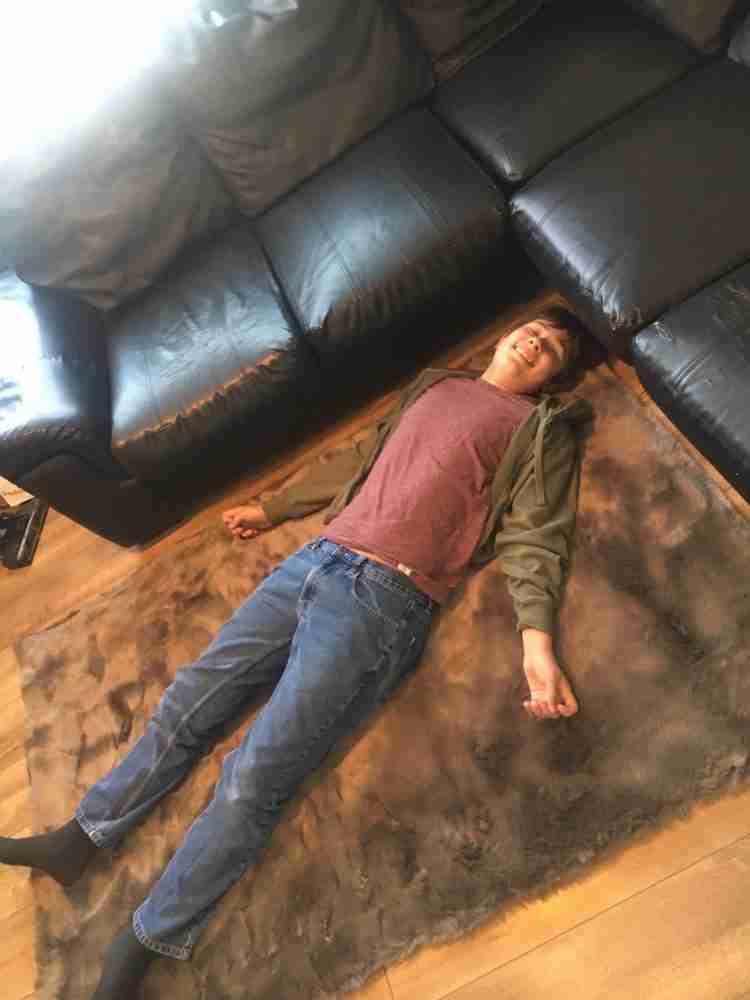 This is what Sid proceeded to do the second I had unrolled the rug from its packaging. This particular rug measures 120 x 170cm so he just about managed to fit himself on it. It was apparently so comfortable that he stayed there for the next two hours. 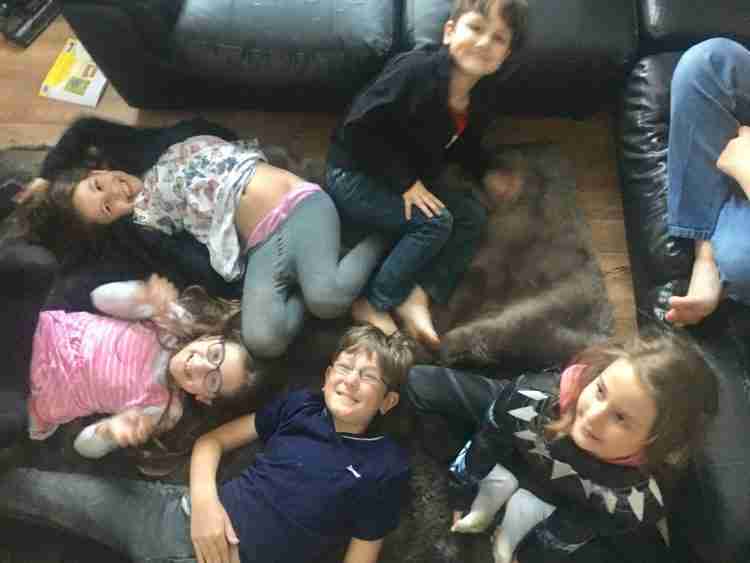 Do not be fooled by the smiling faces. They were only momentarily satisfied to have torn Sid away from his snug spot, relegating him to the sofa (note his folded legs and feet above).

It wasn’t long before yells and screams over who was taking up more room, who had already sat on the rug and whose turn it was to lie on it rang through the house like a troop of howling monkeys.

I would love to tell you how gloriously luxurious this rug feels to sit on. Alas, I have only managed to sink my feet into it on passing through the monkey enclosure. They are territorial, this lot, and aren’t giving up the living room’s latest addition just yet.

I reckon they can still outdo themselves though.

Wait til I replace the broken loo seat is all I can say!

We ain’t seen nothing yet!

What is the most inane argument your kids have had? I’d love to hear it!