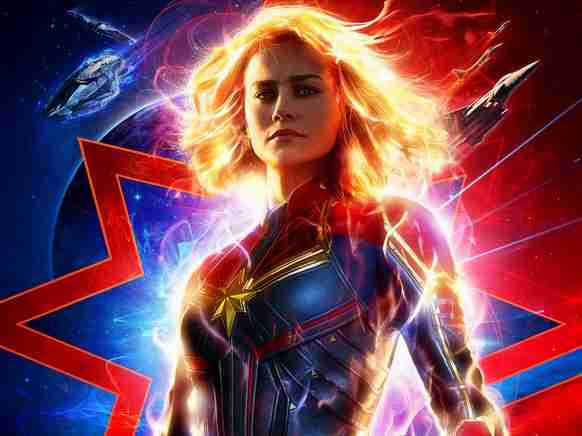 I am writing this on less than three hours sleep. It is my own fault – I couldn’t miss the first showing of Marvel’s latest release.

The Firstborn and I headed off to the one-minute-past-midnight screening of Captain Marvel and I only snoozed a little.

Don’t worry, I won’t give away any spoilers but may I say, bloody excellent!

In a superhero world where men have reigned supreme for so long, it is so good to finally see a stronger representation of women.

Less of the skimpy outfits, sexual innuendos and submissive acquiescence to their dashingly superior male counterparts.

*Struggles to suppress the involuntary eyeroll quite unsuccessfully*

Instead, we finally have the acknowledgement of sheer determination, incredible strength, formidable power, resolute courage and tenacious perseverence – traits that women have demonstrated throughout the ages, in all walks of life and across an amplitude of circumstances.

Because there comes a time for all women where they have to channel their inner Captain Marvel and totally own the ultimate bossline:

I’m kinda done with you telling me what I can’t do.

The last few years have been somewhat tough.

An increasingly crumbling marriage, the loss of my dad to cancer followed only five months later by the my brother’s death to this bastard disease, whilst trying to support everyone that was depending on me to keep going physically, emotionally and financially resulted in me facing my biggest struggle of all: to simply continue.

It took a long time to admit that things were not right.

That, despite my brother’s plea for me not to sink, my whole world was closing in around me, suffocating me in a deluge of despair at the support I did not have, at the pressure I was increasingly under, at the overwhelming feelings of failure and an increasing, painful yearning to make everything stop.

I wanted to run.

I wanted to die.

So much needed to change.

They had to change for my own good.

For my own sake.

Because if I didn’t look after my own good and my own sake, nobody else would.

And I wouldn’t be able to look after anybody else.

And too many relied on me.

I made the decision that enough was enough.

I worked on friendships and, for the first time in years, I had a network of support.

I learnt to value myself and my worth.

For me and me alone.

Nobody else needed to do it for me, or had to tell me, or was required to validate me, or had the power to make me feel either worthy or worthless.

Despite everything that life has thrown at me, I am still here.

And even better, I’m smiling.

I see a bright, shining light at the end of the long, dark tunnel that was determined to keep me prisoner in its blackness for so long.

That light wasn’t there a year ago.

It took a while for the glimmer to appear, everso slightly at first, too feeble and fragile to even make itself known.

A flash of hope here, a glint of promise there slowly gave way to the emergence of a grit and determination that had lain dormant for so long.

For the first time I learnt to recognise my own self-worth.

And do you know what?

So make sure you tell yourself that every bloody day.

Because I’m kinda done with people telling me what I can’t do.