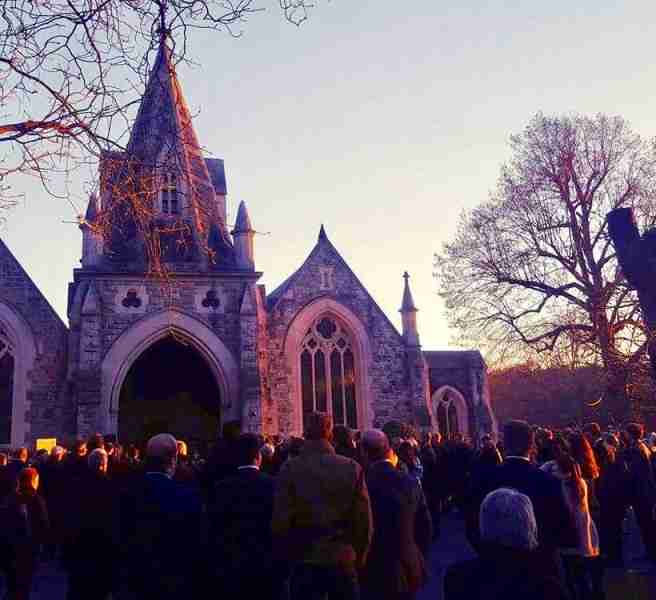 Those were the first words that came into my head this morning as sleep left my body. Mike had already got up to start on the morning routine. The children’s voices travelled up the stairs as they argued over who was having what cereal and who asked for their toast to be made first.

I lay in bed listening to the cacophony in the background yet the busyness of the activity downstairs was muffled by the preponderant echo of the voice in my head.

This time last month I had a brother.

He was born on the 25th November 1981. I was with my grandparents when the call from my dad came to say that the baby had been born. I had turned seven a month and a day before and had been asking for a baby brother or sister for years.

Not long before, my parents asked me if I wanted a baby brother or sister or a puppy.

I chose the puppy.

They asked me to choose again.

I chose a sister.

When the phone call came, it was to tell me I had a baby brother.

My nan and I headed straight out to Sainsbury’s to get a box of chocolates. The chances are high that my nan probably needed some shopping too. I was preoccupied with the chocolates because they meant that I would be taking them to the hospital and I would get to see my baby brother.

I could not contain my excitement. A fair fidget by nature, I clearly remember jumping and bouncing alongside the checkout as the operator totted up our purchases. Asking me why I was so happy I beamed as I proudly said for the first time the words I had been desperate to say for years.

“I have a baby brother!”

We visited the hospital later that day. My baby brother was wrapped in a white blanket. He barely had any hair at all and had a small, round, little red face. His brows lowered to give him a puzzled expression whilst his forehead wrinkled in bewilderment.

Still jumping around I was told to calm down and was allowed to kiss him as he lay in his bed. My hair fell forward as I bent down and placed a kiss on the top of his head.

“He smells of sausages,” I smiled.

As the years passed, we both grew older though the seven year gap saw each of us at different ages and stages at any given moment. When he was a toddler, I was breaking into puberty. When he and his friends were 8, I was a teenager who found them nothing but annoying. By the time he was ten, I had already left home.

We were siblings. We laughed, we cried, we argued and sometimes, and that’s the ‘sometimes’ as in ‘quite often’, we fought.

We always thought we would be there.

We took each other for granted.

This morning the words would not leave my head. 90 minutes on the cross trainer did nothing to get rid of them, the rhythm of each step mocking me, almost sounding the words out loud with a train-like mantra.

On November 15th 2016 my brother died. His wife Emily and I were beside him as he took his last breath at 12.55am. It was one year, one day and one hour since he had been diagnosed with acute myeloid leukaemia. It was ten days before what should have been his 35th birthday.

He didn’t get to celebrate it.

The funeral was on Tuesday.

His wife Emily, sat in front of my brother’s coffin little more than two months after their speedy last-minute wedding on the CCU ward.

Caitlin, my poor Caitlin, whose uncle had asked to speak at his funeral, did him proud, I have no doubt. Even though she plagiarised the start of it from his favourite Rocky film.

My children sitting along the two rows of seats behind me rubbed their eyes raw as the tears refused to stop falling. The chokes of their sobs from losing their uncle so soon after their grandad will be etched in my memory forever.

I wanted to tell them it would be okay but that would be a lie. I wanted to comfort, to say something that would make their pain go away or, at least, turn it into a dull ache rather than the searing wound it unforgivingly insists on being. Yet still, how could I even begin to support anyone when my heart feels like it’s breaking into a million tiny pieces?

I’ve been trying, I really have. But I don’t know what to do or how to do it.

How do I make things better?

How do I stop hurting?

How do we even begin to pick up the pieces from something so raw, so agonising, so painfully devastating?

How do we make sense of something so senseless?

And if I can’t help myself make sense of it, how on earth can I expect to help anyone else that needs me to?

The turnout at the funeral was incredible. So incredible that the chapel holding 100 was packed to the brim and speakers were needed to be brought to the front of the building so that the additional two to three hundred people who had come to say goodbye could pay their respects. That photo you see was taken by Stevie, the girlfriend of one of the annoying kids that’s now all grown up. (They all turned into pretty good guys, actually).

Throughout the day, people shared their stories about how he had helped them or inspired them or motivated them.

That’s a lot of people that my baby brother inspired in his 34 years.

And I knew little about any of it.

On the night Jimmy died I stood there remembering the day he was born. I watched my brother as life left his body. He had put up such a fight. Day after day, month after month. He was positive and determined. Finally, he didn’t need to fight the cancer any more. As his life left his body it took a piece of my heart with it. A piece that will never, ever be replaced. And that night, once his final breath left him, Emily and I placed a blanket on his body as he lay on the bed.

And I bent down to place a last kiss on the top of his head.

As I lay in bed this morning I wanted to curl up and stay there. I didn’t want to face my children’s questions or deal with laundry or have to work. I didn’t want to do anything but scream out how unfair it all is.

How could I pick up the pieces when some pieces were lost forever?

And the voice kept on…

I HAVE NO BROTHER.

But the words were wrong!

I do have a brother.

His name is Jimmy.

He might not be where I can see him.

He might not be where I can touch him.

But he’s still with me.

And he’s still my brother.

And he always will be.

10 thoughts on “Picking up the pieces”