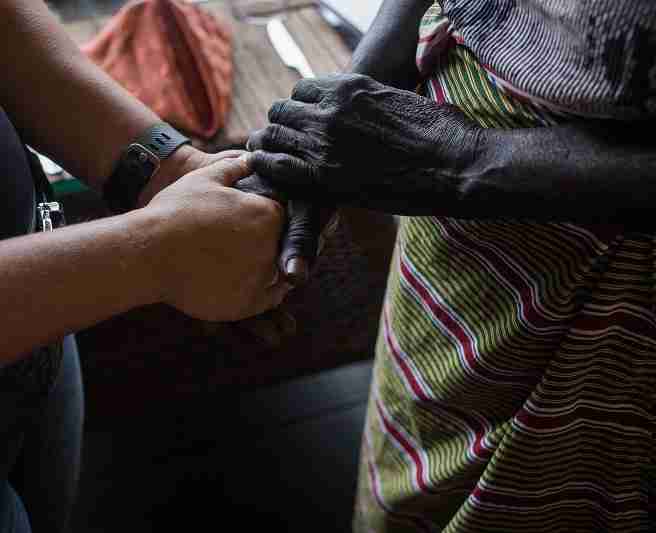 One sentence I have repeatedly been aware of in the comments of articles written in association with my visit to Uganda with child sponsorship charity Compassion UK, and other stories like it is that ‘Charity begins at home.’

‘We’ve got enough problems in our country.’

‘Why should we help them?’

And more to that effect. You can read the comments made about us and what we are doing when our local paper ran the story here. Unfortunately, that opinion seems widespread. That, or it’s because the naive and/or ignorant that spout it are the most vocal.

That saying doesn’t hold any water at all. Here is why:

It’s a limit we choose to give ourselves.

Last night I sat and watched a short independent film shot by The Worldwide Tribe, a site originally created by Jaz O’Hara as a travel blog which evolved into a movement highlighting the plight of refugees. Their short film Diaspora tells the stories behind the forgotten people, the people who have left everything behind in the face of the most unimaginable, horrendous conditions and now live within different unimaginable,  horrendous conditions. The Syrians, the Eritreans, the Kurds, the Pakistanis, living in conditions that no human should be left to live in, in a world such as ours.

It is heartbreaking for them.

It is shameful for us.

But I thought you were trying to raise awareness for the children in Uganda, you ask? Why are you now talking about refugees?

Because I can feel compassionate about both and it will not affect how I feel or what I choose to do about the other. That works ‘at home’ and globally.

Compassion isn’t a ‘them or us’. It isn’t a choice we need to make. We don’t have to choose between helping people in the UK and helping someone else, somewhere else. Helping one does not steal anything from another. Choosing to help one in some way does not make us any less able to help another in a different way.

Any help by anybody in any way to anyone anywhere will create a better world all round.

What does not help anyone anywhere, however, are armchair keyboard warriors who firmly state that charity begins at home and choose to do nothing for anybody.

Because, they say, ‘charity begins at home’.

It’s not your charity.

That’s not what ‘charity begins at home’ means.

By all means, choose who you want to support.

That saying holds no water.

Yes, help is needed everywhere.  There is probably a lonely old person on your street that could do with a chat. Or you could help the homeless with Mustard Tree. That’s a start.

Stop typing, stop complaining about what I’m doing. Do something yourself.

But for goodness sakes, do something about it.

And keeping it in your own four walls isn’t cutting it.

It’s not a competition

For goodness sakes, why try and compete? Look around us. Look how lucky we are.

And take a moment to appreciate it.

We have social housing, we have free healthcare, we have a social security system, a state pension, housing benefit, concessions for low/no-income households and individuals, free education. We have a legal system we can turn to, we have peace, we have employment opportunities, we have so much.

Unfortunately, we have so much that we’re really quite an ungrateful bunch. We take so much of it for granted. And we think that because we have all this, we must be ‘better than’ those that don’t.

I have news for you.

We aren’t ‘better than’.

We are ‘more fortunate than’.

That is the difference.

We won the birthplace lottery.

Stop with the false sense of entitlement. You didn’t earn it. You have it through luck.

Poverty in the UK cannot possibly be compared in any way, shape or form to poverty in the slums of Africa, South America or Asia. The poverty between them can’t be compared with each other, so how on earth we expect to be able to convincingly argue that stretching out the Income Support payments or low wages to pay bills and grocery shops vaguely compares to a family which has nothing at all, doesn’t have bills to pay because they live in a concrete or wooden shelter with no gas, water or electricity and who don’t have food because they have no money at all.

At the end of the day, nobody at all in this country needs to worry about not having a home, not being able to see a doctor, not being able to go to a hospital, that their children will not receive an education or about having no money at all.

I am not saying that problems do not exist but I am saying we need to be realistic about what our problems here in the UK are. And the truth is, they are incomparable to those faced by developing countries or those who have fled in the face of war and terror.

Not in the slightest.

Let us not pretend that they are.

Charity does not need to stop where it begins

Charity begins at home? By all means, if you’re happy to keep insisting I’m happy to go with that. Like I said, do something. Volunteer at a soup kitchen, run a club for disadvantaged kids in your free time, donate clothing, food or furniture to those that need it.

Do it! Your help anywhere is appreciated.

You can begin charity anywhere. You don’t need to end it.

“We need to help our own”

When I met my Ugandan sponsor child’s grandmother, a 72-year-old woman who collects reeds from morning until night to make a broom that she will sell for the equivalent of 5 pence, she held my hand and touched my arm gently.

“Our skin is different,’ she began. ‘But underneath, we all have the same blood.’

And it is that simple.

We all cut when we bleed. We all feel pain, hunger, fear and thirst. We all have the same basic needs: shelter, food, water, health, safety and love.

We are all human.

No matter where in the world we or others are, we must never allow ourselves to lose our ability to love and support others and show compassion to those less fortunate.

That, my friend, is helping our own.

(If you by any chance now feel that you would like to do something positive and sponsor a child, please click here and see who is waiting for a sponsor. Thank you).

3 thoughts on “Stop! Charity Does NOT Begin At Home”