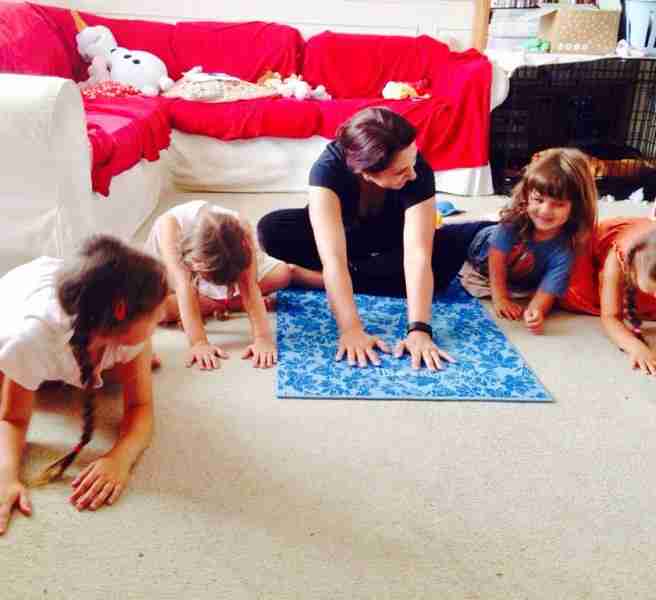 As it happens, there are a lot of things that are glaringly obvious over a year after my weight loss and fitness journey began. They were so glaring, in fact, that I was blind to them. Here are eight of the most markedly indisputable yet notably disregarded discoveries about losing weight that I am pretty certain I’m not alone in realising now that I’m further on down the line…

I needed to start

Don’t keep putting it off. The longer you leave it to change your habits, the chances are you’ll continue to gain weight until you do finally start. I spent over a decade bemoaning my gradual yet consistent weight gain. It wasn’t helped by the almost continuous pregnancies through which ten of the children were born within 11 years. Still, I could have avoided gaining more than five stone during that period had I dealt with any gain immediately, rather than letting it accumulate. Turns out, all I needed to do was stop moaning and start doing.

I just didn’t do it.

Until I finally did.

Then when I did I lost the weight.

You don’t need to to spend a lot of money

A few years ago we decided to join a gym. Whilst it was all well and good and we did go two or three times a week, the cost of the family membership soon proved not worth it as, once we added on the fuel we were spending to get there and home again, it meant it was costing us double the money each month. Once there, the people more interested in strutting their stuff soon irritated the hell out of us and we decided we didn’t enjoy spending an extortionate amount of money (over £130 a month), on a place we didn’t enjoy being.

We were lucky enough to already own a cross trainer which we bought second-hand over five years ago but it was discovering DDP Yoga that proved to be the final turning point in more than a decade of trying to find an effective way to lose weight. Purchasing the DVDs wasn’t too cheap as DVDs go but it was a one-off investment that proved worthwhile. Yes, I know I’ve mentioned DDP Yoga a lot on this site but that’s because Mike and I both found that it worked for us and it was something we could stick to. We really, truly, genuinely love it. We just couldn’t believe nobody in the UK seemed to know about it. You can read my full review on DDP Yoga here.

Once the DVDs were bought (which you can pay for in instalments or alternatively sign up to the DDP Yoga app instead now for a monthly or annual fee), all we had to do was purchase a couple of yoga mats. These were inexpensive enough but one thing I would say is don’t go for the very cheapest, they’ll start bobbling and wearing away pretty quickly and they really are quite thin. In total, for the two of us, getting started on this cost us well below one month’s gym membership. It resulted in us losing over one hundred pounds in weight in less than a year. A worthwhile investment for a result that the excruciatingly more expensive gym membership didn’t achieve.

Yes, this is as obvious as an obvious statement can be. So why then, do we still fill our cupboards with the odd treat we know isn’t going to help in our effort to lose weight? Why then, do we still order that takeaway? If you don’t buy it, you can’t eat it. It’s really that easy. Ah, but it’s for the kids, you say! Then don’t eat it.

I can eat whatever I want

A contradiction in terms to my last point, I appreciate, but bear with me. You can eat anything your heart desires as long as you track it. We keep our daily calorie intake updated with My Fitness Pal, a free app which makes up part of Under Armour‘s connected fitness suite of apps. As long as we keep within our allowance we can have whatever we want. If we fancy a blowout of a takeaway we can, as long as we earn enough extra calories through exercise to take into account the day’s additional intake.

Invest in a set of kitchen scales and weigh everything. The chances are that your portions are far greater than they ought to be. I was pretty shocked to discover how much more food my dinner plate held in my pre-aware days compared to now. Whilst my extremely generous portion sizes can initially be attributed to not really having cared how much I piled my plate up, once I admitted I was overeating and needed to weigh and measure everything I ate it was a terrific shock. You won’t believe how easy it is to be wildly incorrect when estimating a serving of food which explains where rogue calories can come in and weight loss doesn’t happen. In fact, when I’ve hit those supposedly unavoidable plateaus I can guarantee that by strictly returning to weighing and measuring (because chances are I’ve become a little lax), everything I consume soon gets the weight shifting again.

Using electronic kitchen scales like these that can pinpoint a food’s weight more accurately and precisely can help keep you on track more effectively. For the sake of spending a fiver or so, we think that they are definitely a worthwhile investment to make. You can also get smaller versions which we find handy and portable enough to take travelling with us so we can continue to keep track of how much we are eating even when we’re on the road. I can’t imagine eating as much as I used to in one sitting now but eye-opening once you begin weighing and measuring it definitely is.

My clavicle got a whole new appreciation

Let’s face it, until I just mentioned it when was the last time you even acknowledged your clavicle? When you lose weight there seems to be a certain joy of seeing your clavicle appear after a long absence. Joy as in excitement, that is. The kind that makes you go ‘squeee!’ when you first notice it. The longer the absence of it has been, the greater the ‘squeee!’.

Squeee away at the first glimpse of your clavicle by all means but keep in mind that it’s not about being skinny, it’s about being healthy. I don’t want to be one of these thinspiration types that sucks their stomachs into their backs so far that they almost flip themselves inside out. I do want to be in good physical shape and for my body to be the strongest, healthiest it can be. If I don’t take care of my health, who else will?

The truth is, my weight went on slowly but surely over more than a decade. Short of a time machine to take me back to my slimmer framed early 20s self, there really was no quick fix solution to losing that weight rather than slowly and surely. Thankfully, it didn’t take a decade to lose it. It actually took less than a year to lose most of it but slowly and surely has definitely been the key. Want to know why fads don’t work? Read my post on why I opted out of the Slim Fast challenge here.

I don’t need to do it all at once

Slowly and surely, remember. It doesn’t matter how much you have to lose, it’s far easier to focus on a smaller amount at a time than a larger one. Your overall weight loss number might seem impossible if it’s too high in your mind. Everyone can lose one pound at a time. Just focus on that. One pound a week is more than 50lbs over a year. It doesn’t seem as out of reach now, does it?

Once upon a time I thought I didn’t like exercise very much at all. I have since discovered that actually, I really do. As well as helping me lose over 60lbs in under a year in conjunction with eating more healthily, it has revealed a range of benefits I didn’t even consider. And what’s even better is the song used in that subtitle is now stuck in your head.

And that amuses me no end.

Have you made any discoveries during your weight loss journey? I’d love to hear them. If you haven’t started your journey yet but are thinking about it, why not read more about my weight loss lightbulb moment?