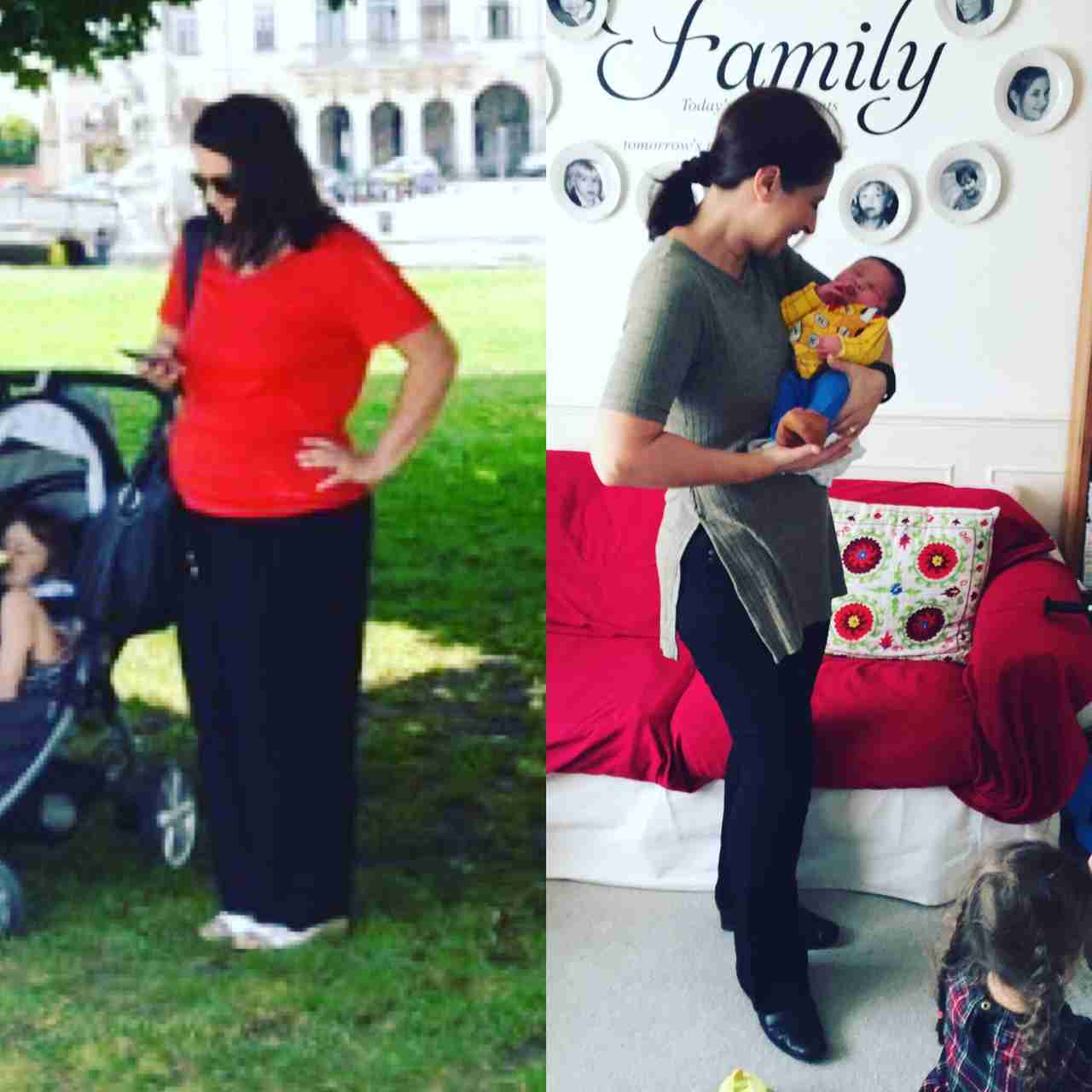 I was 29-years-old when Harry was born. He’s just turned 13. That is a significant fact for me to remember as I am only just now at my lowest weight since he was born. That he was rapidly followed by nine siblings in the following 11 years might go some way to explaining the weight gain I experienced. Ultimately, that weight gain can only be explained by my own actions. Or more to the point, my own inaction.

I wasn’t actually fat when I was younger. I thought I was, of course. I believed I was heavy and overweight and chubby in all the wrong places and now I look back on photographs of then and wonder what on earth I was seeing when I looked in the mirror. How I would have given anything to have that figure back. What was I thinking?

I was still wearing my size ten clothes when I was five-months pregnant with Harry. By the time he was born though, I was two-and-a-half stone overweight. I fell pregnant with Eddie just over a year later, then another child followed almost yearly. The excess weight after each pregnancy remained when, by the time I had Tim in 2014, I was more than five stone more than I was in the photo above.

It’s not that I didn’t try ways to lose weight. Slimming World worked for a while but I really didn’t like going to meetings – plus I fell pregnant with Sid soon after joining anyway. Weight Watchers Online was okay but they seemed to push their own over-priced products and I got fed up with paying membership for effectively entering the same meals into the diary. I wasn’t a fan of the Slim Fast Plan from the off and the think-yourself-slim CDs and recordings, well, no. Just no. We joined a gym but we ended up spending more on fuel than we did on the membership fees themselves and we spent more time driving to and from it than we did in it.

Over the years the cycle continued. I’d complain about not being able to lose weight but would readily make excuses on why I couldn’t. It was time, it was money, I was too busy, I was too stressed…

In the meantime, I was on a downward spiral. After a series of events over the last couple of years, my confidence had hit rock bottom. I felt worthless, ugly and fat and I couldn’t see a way out of it. The spiral had me well and truly sucked in. I felt repulsive. Ugly, unworthy and disgusting. Physically, I felt no better. My knees hurt when I walked. In fact, walking for any length of time was uncomfortable. When we travelled I couldn’t tolerate the heat very well, my body sweating more than it should have or ever had done before.

I hated going clothes shopping. I repulsed myself when I caught sight of myself in changing room mirrors. It wasn’t as if I bought anything that veered away from the ‘mum uniform’ I had created over a decade before of stretchy, elasticated waist trousers and baggy tops.

The level of my denial was strong. I bought a second set of bathroom scales, so convinced was I that the set we owned were malfunctioning and showing the wrong weight. So desperate was I not to go up yet another size, I took to snipping the seams of my underwear instead. Pathetic? Desperate? Oh yes, both of those.

But still I did nothing.

On November 13th last year, just five months ago, my brother was diagnosed with acute myeloid leukaemia. He was 12 days away from celebrating his 34th birthday and instead he was being told that he had blood cancer. He was the strongest, fittest, healthiest person I had ever known in my life. How could this happen to him, of all people? He was told about the treatment that he would undergo. It would be intensive but his body was strong enough to cope.

And then it hit me.

If it were me, my options would be far more limited. There was no way my body could cope, not in the state that it was in.

With a family history of diabetes and having already been warned of high cholesterol levels earlier in the year, Mike too, realised the same. Could we really continue to avoid the truth? We had to face up to reality – we were unfit, unhealthy and our lives were not heading in the right direction. It was only a matter of time before our lack of care towards ourselves would reap their own results – and they weren’t likely to be pretty.

So that’s what we did.

Five months on and we’ve lost a total of 79lbs between us. I’ve lost over 40lbs to date and even though I’m still a little way from my goal, I know that I can do this. I’m doing it, after all!

Click over here to find out the methods we’ve used to come this far. If you want to skip straight to it, you can find my review of DDP Yoga and why it’s the one workout in the whole world I will 100% back. I hope you’ll feel inspired because if we can do it, anyone can.