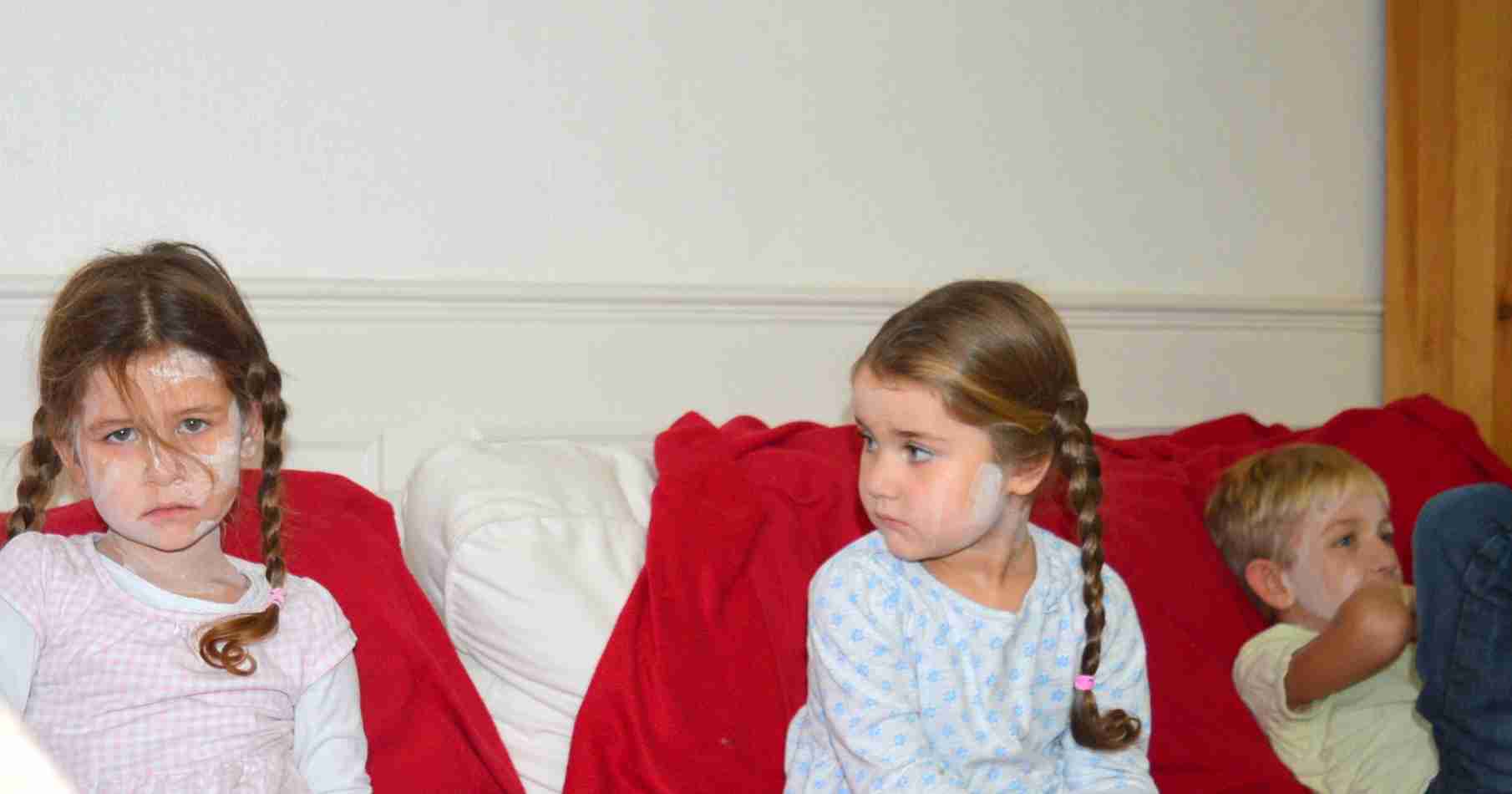 There have been varying degrees of illness for the last six weeks.

As soon as one child recovered, another came down with something-or-other.

Then two weeks ago this happened:

I incorrectly worked out that eight of the children hadn’t experienced chicken pox yet. Turned out the correct figure was ten.

We cancelled our plans for the following week in anticipation of a chicken pox epidemic.

Until yesterday when five children broke out at once. Here are how four of them looked by the evening: Sid looks positively fed up beyond belief. Joseph is quite chuffed to have a few spots. Libby isn’t that bothered and Ollie is just too cool to care.

Seven of them are now suffering. And yes, it’s really become an issue of sufferance now – that’s no exaggeration.

It took the best part of an hour  and a whole packet of cotton wool to coat everyone with calamine lotion.

Not everybody was particularly keen on being smothered in the stuff.

We did our best to explain it would help but some were too young to understand.

The itching stopped just long enough for a little play. It lasted all of five minutes.

Although some did deal with it better than others…

…mainly because her spots have yet to break and she’s enjoying teasing her siblings!