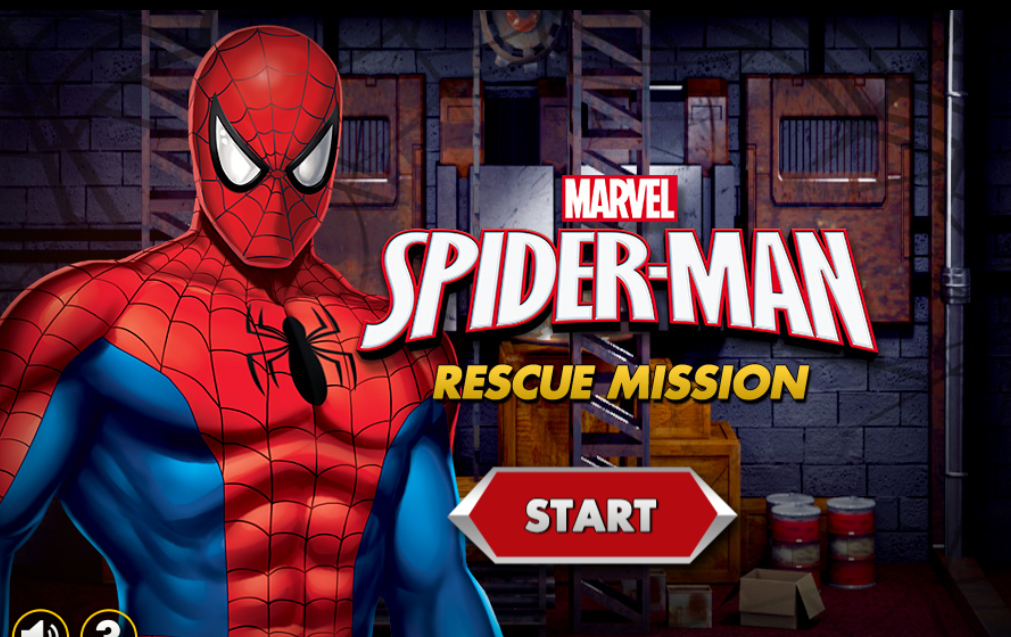 Superheroes are loved by pretty much everyone, including us. But one thing that we love as much as reading their comics or watching their films is playing their games. One of our now-favourite game sites for children is Marvel Kids, which is full of some really enjoyable games to make you feel as though you really are that crime-fighting hero. We tried out a couple and we have to tell you that anyone who loves superheroes half as much as us will adore this website.

First of all I started off with the Spider-Man Rescue Mission, a game where enemy Mysterio has captured both J. Jonah Jameson and Spider-Man. Spidey has to figure out a way to rescue Jameson and get both to safety. The instructions were simple to understand and it came in three levels going from easy to hard which makes it great for both younger and older kids. You have to use the keys on your keyboard to avoid the baddies by jumping, crawling upside down and swinging on webs which proves to be challenging and fun. Spider-Man Rescue Mission proved that with great power comes great responsibility. Although if this game is anything to go by, I’d make a great Spider-Man.

After being Spider-Man for longer than I’d like to admit, I decided I wanted to see what it was like to be one of the Avengers. I decided to try Thor: Bring the Thunder. The graphics are more classic-looking and that’s one of the things that drew me in. The game, much like Spider-Man Rescue Mission, revolved around killing and dodging the enemies to get to the end of the level.

You use either Z or X to kill your opponent, or if you collect 3 lightning power ups you can use a special move: the Lightning Attack! As well as enemies you have to dodge spikes which adds to the challenge. Along the way there are apples that will give you either a health boost or extra points, so you’ll want to collect as many of them as possible.

Thor: Bring The Thunder was so good, it’s a game I can see myself playing in my spare time.

We’d definitely recommend the games over on Marvel Kids. They’re free, fun, and they make you feel like the superhero without actually having any of the struggles that come with it. What’s not to love?! There’s something for everyone with so many different games, difficulties and characters to choose from. It’s easy enough for children to understand without being too simple and leaving them bored. Go to http://marvelkids.disney.co.uk/ to play.