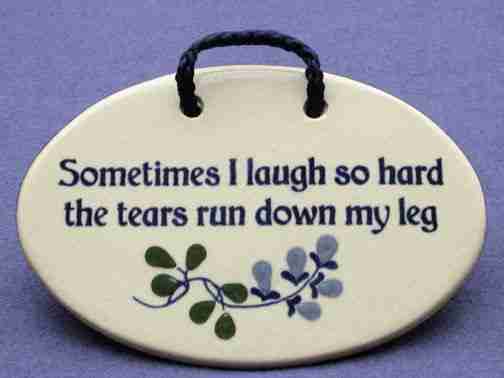 When I was recently sent a press release on a new pelvic floor toner and an invitation to review the product my immediate reaction was ‘I don’t need that!’

You could certainly understand why I was considered a likely candidate for needing help with my pelvic floor. 13 children surely should have some effect on the old bladder control, shouldn’t it?

My initial response was to point out that even though I had 13 children, six of the births were in fact c-sections and so maybe that resulted in my pelvic floor being somewhat stronger than one might imagine it to be. Oh yes, denial. That works.

Except it didn’t. Because even I had to concede that my pelvic floor of steel actually was more like a strong latex; it hadn’t quite given way yet but, I admitted, it was probably only a matter of time. Trips to the loo have certainly become more frequent over time and, I disappointingly acknowledge, would only continue to do so as I age. Because unless I die tomorrow, I will age. And out of the two options available I’ll prefer to take the latter, thank you.

But writing about it… well, how do you actually discuss pelvic floors and wee leaks and all that stuff? I mean, we’ve all seen the witty Twitter profiles where women proclaim that ‘I’ve had two children and now I wee when I sneeze.’ But apart from the odd joke or two and insisting to our midwives that we’ve done our pelvic floor exercises when we haven’t at all really, it’s not something you really talk about, is it? It’s just embarrassing.

Well, whether we wee when we sneeze now or not it’s quite possible that the day will come for us – to date it’s estimated that between three and six million women in the UK suffer from regular incontinence. Television GP Dr Pixie McKenna of Channel 4’s Embarrassing Bodies says: “As a GP I regularly recommend Kegel exercises to help strengthen the pelvic floor. Bladder leakage can be a consequence of pregnancy, childbirth, menopause, high impact sport or physical activity. As a result the muscles that support the pelvic floor become weakened or damaged leading to embarrassing leakage. Other causes include severe constipation, weight gain and on occasion hormonal changes in young women in the pre-menstrual week.”

Ah, weight gain. Perhaps my pelvic floor has more to answer for than I first thought. Perhaps I just need to face up to it and do something about it before it’s too late.

It’s not just pregnancy and childbirth that affects the pelvic floor muscles. Sports and physical activity can also affect their strength too.

Cue the PeriCoach (rrp. £145.00). PeriCoach is a new pelvic floor training system that uses smart technology to assess your results and monitor your progress. Using it is simple; just download the app to your smartphone or tablet and then set up the connection between the app and the device itself. The device is then inserted into the vaginal canal and the three built-in biosensors detect the strength of each exercise you do, immediately transmitting the results to the app via Bluetooth. The app then collects and analyses the results, providing you with a clear record of your progress over time. As you progress through the exercises and your muscles improve, you’ll work through the levels until your latex pelvic floor becomes a pelvic floor of steel. Or that’s the plan, at least.

After much umming and aahing I decided to try it out. Three to six million incontinent women is a big number and I don’t want to be one of them. For a problem that is so easy to fix, it’s worth throwing aside the taboo and embarrassment. I’ll be writing a frank review about my findings in a few weeks – and don’t worry, there won’t be photos!

What about you? Are you still in denial too?