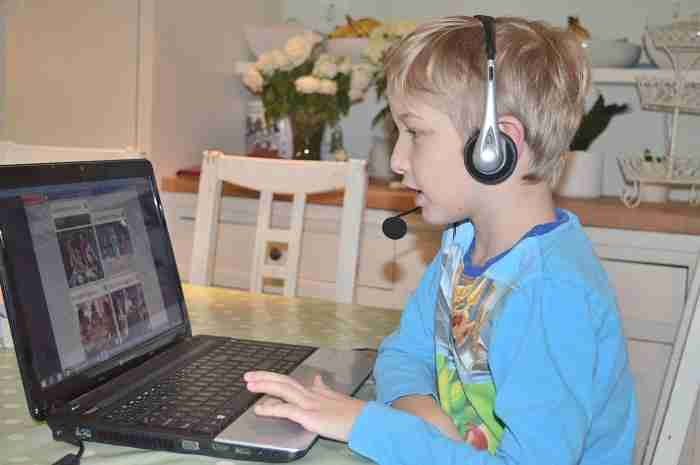 It isn’t rare to be faced with a certain reaction when someone hears of our plans. It is especially common to be faced with the same reaction when people hear how large our family is. We also come across it when they hear how we’ve chosen to live our lives, opting for home educating instead of sending the children off into the education system or working for ourselves, not knowing how much we’ll make each month or when the next job will arrive instead of having a regular pay packet to rely on.

‘Why are you moving to somewhere you don’t even really know? Why not stay where you are? Wouldn’t that be easier?’

‘Why grow and rear your own food when you can just go to the shops and buy it? Wouldn’t that be easier?’

‘Why not just get an ordinary job with a regular income and know how much you have coming in? Wouldn’t that be easier?’

‘Why don’t you just send the kids to school? Wouldn’t that be easier?’

‘Why do you have so many kids anyway? Wouldn’t fewer children mean more time/more money/more luxuries/more {insert whatever you like}? Wouldn’t that be easier?’

In a lot of ways, yes, they all would be easier.

It is easier to stick to what and where we know.

It is easier to pick up a shrink-wrapped joint of beef and a box of eggs.

It is easier to have a set wage and know the days and hours of your job. It is easier to know when your working day will begin and when you will clock off.

It is easier to hand over the education of your children to somebody else than to take full responsibility for it yourself.

It probably would have been easier to stick to the two children I had originally thought I was going to have – not least because the two eldest have now left home and Mike and I would probably have been moseying around Europe in a little campervan by now.

It is all probably much, much easier.

But the real question is not whether something would be easier to do, but whether doing it is worth it for what you want to achieve out of life.

We knew a long time ago that we one day wanted to have a home with a little land. We knew we didn’t want to be working for someone else all our lives, lining their pockets with our labour. We knew we wanted to live independently of a boss, of bills and of whether the local stores were running low on milk and bread whenever two inches of snow brought the country to a standstill.

Over the years, while we dreamt our dream, our family grew.

And our dream changed only with regards to the size of house we would need.

But still we dreamed.

But, we didn’t just dream. We worked on making our dream a reality. We worked on the ‘one day’ and the ‘some day’ that we never stopped hoping would happen. And as it seems we’re finally making the leap we stop to remember that we’re not leaping, we’re taking the next step in what has been a gradual transition occuring over more than a decade – probably closer to two, in fact.

During this transition we believed in letting our family grow as it would. Not preventing it, but happily accepting it.

Parenting isn’t easy. In fact, it’s damn hard. It’s not all hugs and kisses and happiness and roses. There are days where I have been down on my knees wondering if I’m really cut out for it all. I’m not patient, I’m not selfless and some days I struggle terribly.

But when all is said and done, I honestly wouldn’t have it any other way.

For years we have been faced with comment and criticism, judgement and mockery. Often we’ve been laughed at, people have sneered and insulted us or our ways. We’ve been challenged and questioned.

How dare we live so differently?

That’s not how you’re suppose to live. What about the norm?!

Or even: ‘I’d expect anything from that family’ as one said to another.

We lived sensibly. We kept our focus. We didn’t spend like there was no tomorrow. We stood for what we believed it and we worked to change the things we weren’t happy to put up with. And while we did all this we also, of course, welcomed more children – many more children – into our family.

We stuck to our dreams and now, with the mortgage-free dream and a simpler, more liberated life right around the corner we’re finally, finally moving on as we long ago planned that we once would.

I wouldn’t not work for myself.

I wouldn’t not home educate.

I wouldn’t not dare to dream and strive to make that dream a reality.

And I certainly, most definitely, wouldn’t not have my big, loud, annoying, lovely family.

Because it’s all worth it.

My life, my family, the choices we’ve made and challenges we have had – they might not always have been easy – but they have always been worth it. Not always immediately but always eventually.

Having a lot of children does not make us parenting experts. I always state that I used to be the best parent in the world… until I had children. There’s a truth there somewhere. Now, as a parent, I realise I don’t know very much at all. There isn’t a day that goes by when I don’t regret something I have said or done. Not an evening comes when I look back on the day and think of something that I shouldn’t have said but did, or equally as wrenching, something I should have said but didn’t.

Likewise, dreaming our dream for so long doesn’t mean we know what we’re doing. Truth be told, we’re going to be as surprised as the rest of you at how we face our new challenges. We may have read the books and watched The Good Life and River Cottage over and over, but it doesn’t mean we’re prepared. Like parenting, we can read all the books and listen to all the experts but, until we embark on that journey ourselves for real, we don’t truly know what we’ll be faced with or how we will handle it.

But just like parenting, we’ll get on with it. We’ll do things and we’ll do hard things because we know it will be worth it.

We’re bound to stumble and fall. We’ll have to heave ourselves up – sometimes umpteen times – and dust ourselves off and we’ll have to persevere and continue.

Perhaps the title of this post shouldn’t be Do Hard Things but simply just Do Things.

Do the things you want to do to reach the goals you want to reach. Don’t do things that others do – the life they have might not be the life for you. A sentence not only wonderfully poetic in a Dr Seuss-like way but simply true.

Doing nothing will make nothing happen.

Doing hard things will make things happen that you never believed could be possible.

And if they don’t work out, well, that’s just life. Not everything does go to plan. At least we’ll know we’ve tried.

We didn’t just spend our lives dreaming and planning.

At least we know that no matter what or how hard, we did.

And doing hard things won’t be as tough as not even trying and wondering whether we could have done them at all.

That would be the hardest thing of all.

(You might be wondering what a photo of Paddy has to do with this post. In the photo, Paddy is practising his Italian with Rosetta Stone. While not as bad as it was when he was younger, Paddy’s speech is still a little unclear. This means that the computer doesn’t always pick up his pronounciation, resulting in Paddy needing to repeat himself over and over and over and over.

Noticing how frustrated he was becoming I suggested to him that he might stop for the day and try again tomorrow. He refused. He refused to even take a break, determined to better his score of 52%. After more than an hour – a very long time for anyone, let alone a 7-year-old, he did it. Perseverence and doing hard things resulted in an achievement to be proud of. Finally, with score of 79% and a smile that would light up the darkest of rooms, it was time to call it a day.) 10 thoughts on “Do Hard Things”