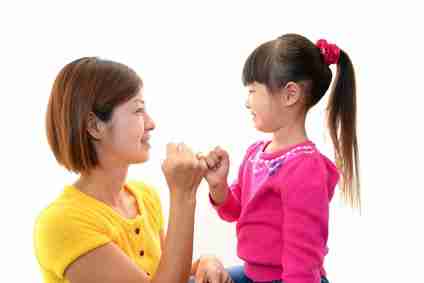 Four years ago I wrote a post titled ‘Housewife and Mother = Not Enough?’ in which I spoke of how, when registering the birth of one of our children, the registrar asked me what I did for a living at the time.  I replied with ‘Housewife’ and she then proceeded to give a list of alternative titles which they believed, I suppose, to sound more important than the word ‘housewife’ did.

I work from home.  I could call myself a ‘Work At Home Mum’ or a ‘Stay At Home Mum’.  Or I could give myself a completely different title.  Either/or.  But why should one sound ‘better’ than the other?  And does it seem to be wrong for someone to be ‘just a mother’ – as if the role of being a mother isn’t – or cannot possibly be – fulfilling enough?

George Osborne recentlyspoke of how mothers staying at home were making a lifestyle choice.  I wrote about how we, as a society, need to be able to make real choices as to whether both parents work because they want to or because they need to. The two reasons are completely different; the former through genuine choice and preference, and the latter through necessity due to extortionately high living costs in comparison to a disturbingly low minimum wage.

The Office for National Statistics report that stay-at-home mothers have fallen by more than 50,000 over the past year alone.  Again, is this through choice or through needs?

We can’t fail to miss the recent drip, drip, drip of anti-children articles, such as 25-year-old Charlotte Henry’s statement: ‘Why My Life Will Be More Fulfilling Without Children’ – a little strange to me seeing as you cannot compare how your life was with children to how it was without having children without actually making the leap and having them.  How could you therefore possibly make such a definite statement about how it will be more fulfilling, rather than how you think it might be?

Don’t forget too Katie Hopkins and her loud, proud statement that: ‘Only three weeks maternity leave is necessary’, or Lauren Sandler’s recent Time magazine cover story on: ‘The Childfree Life: When having it all means not having children’.

It feels as though there is a ‘divide and conquer’ mentality between women, of all people, in who is ‘right’ and who is ‘better’ and which way of life is ‘best’.  What on earth happened to the sisterhood?

‘Don’t you know about feminism?’ they cry.  ‘You don’t have to stay at home and be just a mother! You have rights!’

Forgive me if I am wrong but doesn’t feminism means that women are free to have a choice?  A choice of their own, based on their own decisions and how they feel about life, about parenting, about careers, and about relationships.  Feminism wasn’t something which took power over women from the men, to hand to women who didn’t agree with other women’s choices.  I thought it was about equality and respect for all. Not equality ‘as long as you do as I think otherwise you’re letting the side down.’

There isn’t a ‘right’ nor a ‘better’ nor a ‘best’.  There is only a choice.  And whilst one person’s choice may not be the same as another, we need to respect that – not bang a drum about how one is right and the other is wrong.

Motherhood is precious.  The gift of children should never be taken for granted.  But it’s not for everyone.  Some women choose not to have children and that is okay.  Some women choose to and that is okay too.  But we shouldn’t feed into the anti-family, anti-children statements which tell us that those who disagree are feeble-minded, sink-chained, posset-covered drudges, lauding over how much better life is without the exhaustive little ankle-biting money-drainers.

It’s about choice.  You live your life and I’ll live mine.  But never underestimate the value of a mother.