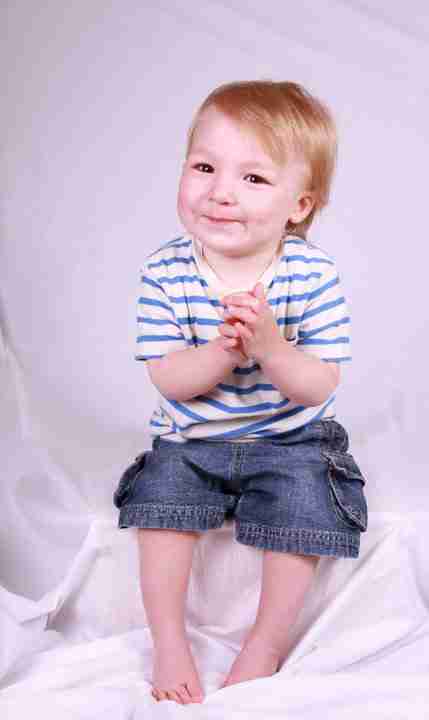 Readers who have been around for a while might remember the story of Oliver, the son of our friends Danielle and Barry McConnell, who was left unable to sit, stand or walk due to being starved of oxygen during birth.  I told Oliver’s story here.

Danielle and Barry needed to raise a huge amount of money – £72,000 in fact – which was needed for Oliver to travel to America and undergo what would be a life-changing operation and would give him the chance to walk.  Not only was it a terribly large amount of money to raise but they had less than five months to do it in.

People all over the world got together to do what they could.  We ran a month-long auction on Larger Family Life and people came along and bid on items generously donated by companies all over the place.  Lots of individuals did what they could wherever they were, and bit by bit the money was raised.

Today, his parents Barry and Danielle, his big brother Joshua and of course Oliver himself would like to thank everyone who helped supported him and helped change his life.  Your help gave him the opportunity to do this (make sure you watch it right to the end!)…