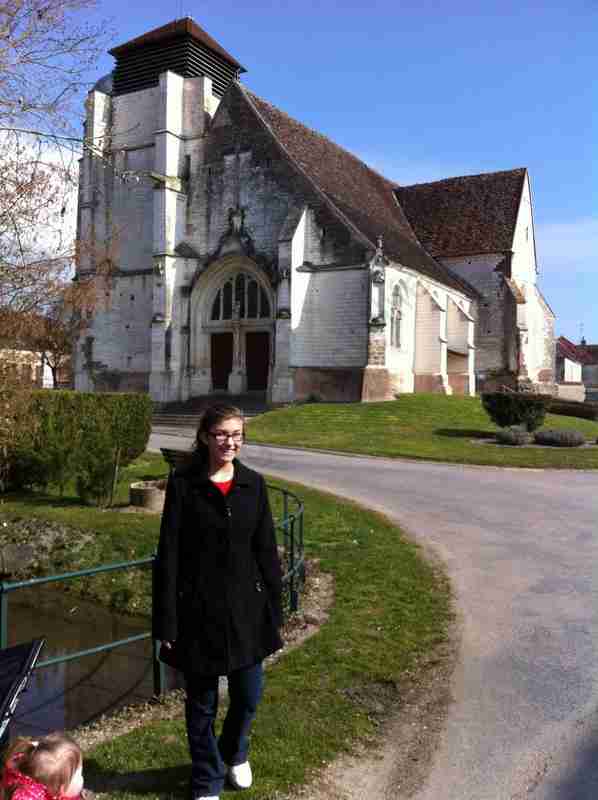 I cannot believe that it is already more than two weeks since we began our long-awaited trip, finally arriving at our first property in Lasson, Burgundy.

This was not the original property we had booked.  As you may remember, the owners of the original property had contacted us to say there had been problem with a water leak, meaning they couldn’t proceed with the rental as agreed.  They were very apologetic and we understood that sometimes, things are just out of our hands!

After a frantic search we found the perfect replacement.  We were flexible as to the area we would visit.  All we knew is that we wanted it approximately mid-way between Calais and the Midi-Pyrenees, which would be our next stop.  A little further north than we may have liked, meaning the next trip would be slightly longer, we found this beautiful village house on the Champagne border.

The house was far larger in real life than it had appeared in the photographs.  Situated in a very quiet village in the middle of farmlands and vast, open spaces of countryside within its own private grounds, our initial thoughts were how much more space there was than we expected it to have.

Downstairs was a huge living room – comfortable and spacious, complete with the largest television I had ever seen (not that we watched it but still, it was big!).  A door led to the utility room which housed the washing machine.  The bathroom (no bath but a shower instead) was beside the staircase, and a large kitchen complete with cooker and oven, microwave, fridge-freezer and a large dining table and chairs was situated at the other end of the house.

Upstairs were four ample sized bedrooms, three of which had double beds and two of those had a single bed also.  I now cannot remember if the fourth had one double or two single beds.  Regardless, there is plenty of room for plenty of people!

There is a central heating system which you can use as you need to, free wifi, and well-groomed and immaculate grounds complete with a barbecue and dining area.  Around the back is another large garden with a heated swimming pool. Read more about pool heaters on PoolCleanerHub. The pool has a safety cover over it ensuring young people are kept as safe as possible, but it is still a good idea to ensure there is somebody with them just for safety’s sake more than anything.

Whilst the language barrier was a barrier indeed; we rapidly lost our schooldays French and Pascal didn’t speak English, I think Pascal knew how pleased we were with the property.  It was large enough for us all, clean and had everything we could possibly need.

The village itself has approximately 140 inhabitants.  Situated approximately 140km from Paris, in the Yonne region of France, it doesn’t take long at all to walk around it!  It is most certainly peaceful and very, very beautiful in its surroundings.  One thing not to miss is visiting the local organic baker, whose selection of bread is absolutely delicious.

Unfortunately though, the weather during our stay was not on our side.  We did grab the break in the rain with both hands as soon as we could, and set off to explore the village ourselves.

As you can see, though the sun was out we still had to wrap up:

Burgundy is a region famed not only for its wine but also its canals.  There are rivers, canals and streams everywhere.  In the village we walked alongside a clear, sparkling stream and waited a while to see if we could spot any fish.

It didn’t matter though, as the attempt and the encouragement that ‘Maybe the fish will come if you’re really, really quiet,’ bought us a moment or two of peace, and that I consider a small victory.

This is the Church of St John the Baptist which stands in the village of Lasson.  It was built at the beginning of the 16th Century, and was given the title of historical monument in 1912.  I tried taking a photograph of it but Caitlin thought I was taking a picture of her instead:

So when we walked around it I tried again.

Before we left the executive producer of 16 Kids and Counting said that it wouldn’t surprise her if we found somewhere to move to on our travels.

We thought of her when we came across this :

You can see Mike and the kids checking out the potential of this tumbledown old house!

We sat down to watch the stream babble by for a while, enjoying the smattering of sunshine with the birds singing in the background whilst it lasted, before heading back to the house for lunch.

Most definitely!  Pascal was very pleasant, a wonderful host with a comfortable place we could consider a home from home.