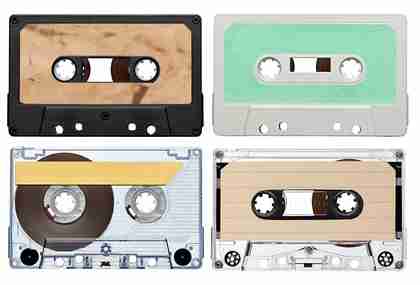 This year marks 25 years since Mike and I met at high school.  A year later we were officially ‘together’ with no idea of what the future held.  Certainly, we didn’t foresee 12 children would be in it!

Within the last week I have received a letter from one of my friends from school with whom I am still in touch.  Another from our group back then last night announced that she is expecting her first child. We were children when we all met.  Now we are all hitting 40 and wondering where the time has gone.

We grew up in an age where we had argued over whether the Commodore 64 ran rings around the Spectrum (it did), where Phil Collins was trendy (actually, was Phil Collins ever trendy?), and trendy – not trending, was the word of the moment.  The coolest people just a couple of years older would queue for Fleetwood Mac Tickets and having a mobile phone meant you had a red telephone box near to where you lived. Most homes still only had one phone, normally one with a rotary dial situated in the hallway and telephone numbers had 7 digits.

Floppy discs were the epitome of modern day technology and IT lessons at school consisted of one classroom which was only able to house 6 IBM computers, such were their bulk, where around each one a minimum of four of you had to huddle to watch a sprite shuffle across the screen.  A tablet was something you took when you had a headache and GCSEs were only just introduced.

We listened to music from big round discs of vinyl which you’d play on a pottery-wheel like turntable.  The large 12” discs – or records as they were known, needed to be played on a slower speed whilst the smaller 7” ones were played at a faster one.  The record player worked by moving a long arm with a ‘needle’ onto the edge of your record.  So popular was this action that it became the main repeated sentence in a hit dance track of the time.  Great amusement could be gained by purposely playing the 12” records at the faster speed making every artist sound like the Smurfs (who were a popular cartoon created before the days of 3D and special effects).

You would sit by the hi-fi system on a Sunday night listening to the Top 40 to find out who was number one.  The play and record buttons would be simultaneously locked and your finger would hover over the pause button ready to press it at super-fast speed, trying to record as much of the track as you could before the DJ spoke.  The worst thing that could happen was your annoying little brother got hold of your treasured cassette collection and pulled out the tape from the spool, creating a ribbon draped and tied around the furniture. Your efforts to save your valued collection of songs resulted in a rush to find a pencil to hurriedly wind the tape back in, hoping beyond all hope that it didn’t twist or bend in the process.

It was cheaper to get your shoes mended or re-heeled at the cobbler’s down the road than it was to buy a new pair and supermarkets hadn’t completely taken over the world just yet.  You could jump on and off buses and it wasn’t long before that you still had conductors carrying their great ticket machines around issuing your ticket with a creak and a grind of a turn of the wheel on the side.

Penny sweets cost a penny, Mars Bars were 29 pence, and Snickers were still called Marathon.  You had no problem stopping popping Pringles because they didn’t exist, but you knew that no Ring goes like a Ringo goes.

First class stamps cost 19 pence, the average house price was £47,000 and you remembered paying for things with the English pound note and half-penny coin.

The strange thing is that whilst my children roll their eyes or sit in disbelief at the things we reminisce about, it doesn’t seem that long ago to me.

In my mind’s eye we’re still the same – Mike, my friends and I.

We’re all grown up and have mortgages, bills, jobs and children.

We’ve all moved away and scattered around.

And I can’t help but wonder… where did the time go?

Because to me it was all just yesterday.

Did this post bring back any memories for you?  What has changed in your lifetime?

One thought on “Remembering 1988: My! How things have changed!”