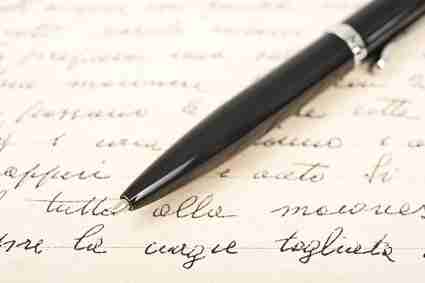 Last week turned to be quite a stressful one thanks to one thing or another.

The minibus, on which we are relying to take us on our Big Family Road Trip next month has failed its MOT on several points.  We have no idea how much it is going to cost to get roadworthy and we still need to get it serviced in time for the trip.  The money we had budgeted for this seems like it won’t be enough and so we have to face up to the possiblity that if the cost runs into something quite extortionate, the trip may be off.  To be honest, it’s highly unlikely this will happen yet the possibility is still there, niggling away at me like an itch on my back that I can’t quite reach.

The dishwasher which is less than a year old and has already been repaired twice has gone wrong again, the dryer is leaking water and I’ve also had to unexpectedly fork out for glasses after failing an eye test.  The car’s tax expired and a pile of bills came in.

So when on Friday evening I decided to finally sift through that morning’s post – something I had delayed doing for fear of ‘whatever next?’ – I was surprised to find a handwritten envelope with my name on it.  Wondering what it was, I ripped the envelope open and gave an excited, outward shriek when I realised it was a good old, old-fashioned letter from a friend.

In this techie era, where we can do everything at super-fast speed at the touch of a button (except, it seems, to cash a cheque at a bank which still takes three to five days to clear), we forget the things which once upon a time were so normal and so easy.  Yet even now they maintain such unrivalled power despite their immense simplicity.  These things have the power to make the rush, rush, rush of modern life stop.

Everything is so instant.  It’s all so busy and fast and we are living in an age where nothing waits for anyone, so consequently nobody waits for anything any more.  Instant coffee, convenience meals, fast food and instant messaging across the world. It’s all done straight away, without waiting or patience.

Patience is a virtue, so the saying goes, yet this virtue is getting lost in a time where patience, quite frankly, isn’t needed, isn’t practised and isn’t learned.  We are not living for the moment because we allow the moment to pass so quickly that we don’t allow ourselves the opportunity to savour it.

Finding a letter – a genuine handwritten letter on paper that the writer’s hands touched – something I could hold and not something typed in a Lucida font and printed off, or something I was reading straight from a screen or from my phone, something which didn’t beep or bong or ting when it arrived – and the somewhat over-excited reaction it provoked, made me stop for a moment and consider whether embracing technology should mean completely forgetting the simple things in life?

Will we be able to show our grandchildren and great-grandchildren boxes of cherished memories penned by old friends, or the love letters between their grandparents which provide a real step back into remembering their past?  Will we have old photos – real ones we can hold and inspect – falling out of envelopes with notes on the back, dating special moments in time?  It doesn’t seem the same, to me, to click on a file on a screen as it does to open up a Pandora’s box of memories.

‘Grandma, can I see the old pictures of you and Grandad?’

‘Yes, darling. I’ll just go into the cloud drive now and get them.’

So thank you, my friend, for my letter.  I spent an hour on Friday night writing my reply.  A quiet hour, when some of the children were sleeping and others were at their clubs.  I sat with a mug of hot chocolate and wrote and wrote and wrote.  I posted it on Saturday and it will take a couple of days to arrive but that’s okay.  I realised that I loved being away from technology and all it stands for, just for those moments.

It taught me that despite the benefits technology brings us, it makes us rush too much for the things which are ‘now’.  Sometimes we need to take a step back, slow down and breathe.  And in the process we can create memories which we can, in a sense, still hold one day.

Can you remember the last time you wrote or received a handwritten letter to or  from someone?If this post has got you wanting to write an old-fashioned letter, write to me at LFL, PO Box 645, Rochester, ME3 9XJ, England.  I’ll try to write back to anyone who writes to me!  It would be great to see where, around the world, I will receive letters from – how many countries can we get?!