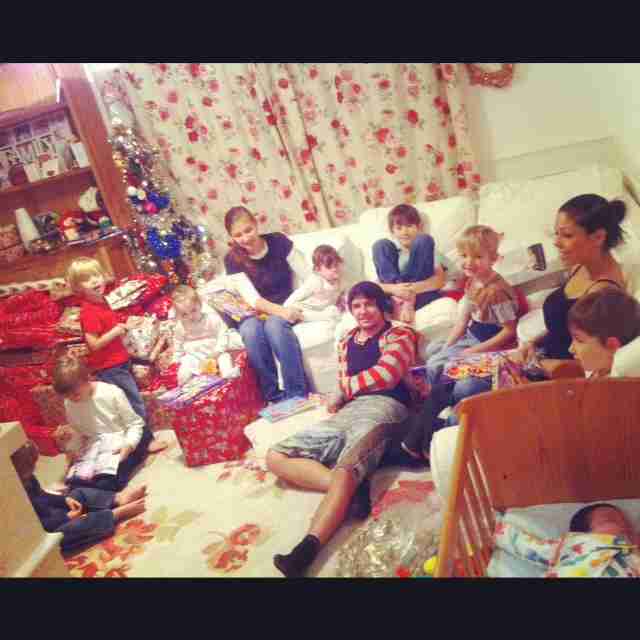 Yesterday’s filming seemed to go well despite my cold.  I know that I’m sounding very bunged up when answering questions during my interview and can only hope that any of the better answers, or at leastwhat the editing team might consider interesting enough to include, were given when I was a little less congested.  Hopefully there will be no footage included of me coughing, spluttering or sneezing into the camera.  Apologies to the camera and sound guy who had to endure it, and also to the rest of the team who will no doubt be struck by my germs.

We received notice yesterday that this series, called 16 Kids and Counting, is due to air from March 5th on Channel 4.  I think there are seven episodes in total and several different families have participated in it.  Our family will be featuring in episodes 2 and 3.

We are shooting the opening scenes tomorrow and should be viewing the final edit next week some time.  To say we are anxious is an understatement.  My hunch is that it will be more positive and light-hearted, and we are looking forward to seeing what part of the last few months has made the cut.  It’s just a shame so much is left on the cutting room floor (although given the digital age we are in, does that phrase even apply any longer?)

Anyway, it’s not long until we find out!

One thought on “16 Kids and Counting – The new series is coming soon!”