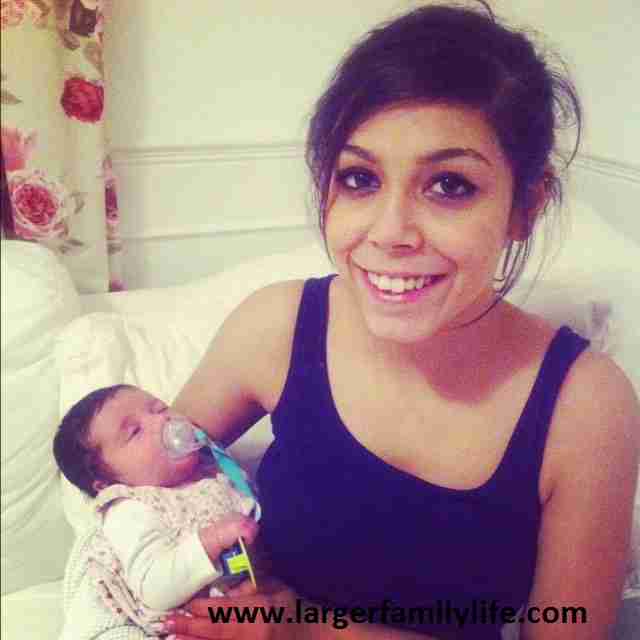 This weekend was a good one but went far too quickly, as good weekends have a habit of doing.

Stephanie came over to meet her youngest sister for the first time.  She declared Isobel as being adorable, a sentiment I agree with entirely.  Isobel was less impressed with Stephanie, however, spending most of the day asleep and seemingly ignorant of her presence.

That anyone could overlook Steph’s presence anywhere is extraordinary given that her gregarious, outgoing nature (read as ‘hyped up restlessness along with at times cacophonous voice level’) is by no means something you can willingly or knowingly ignore.

Stephanie worked her usual magic with the younger ones.

It soon spread to the older ones too.

As always it was lovely to see her but I had to laugh when I received a text from her later that night saying how tired she gets after visiting!

It was also the day that Mike had planned on going to the allotment to dig over and cover up some of the beds for winter.

The children and I stayed in our nice, warm home, put on some Christmas carols and got to work on making pompoms.

Christmas films and pompoms were the theme for the rest of the day as we hid away from the cold.

Why the need for so many pompoms?

Well, to make a Pompom Christmas Wreath, of course!  And we have a tutorial for you to make one too!