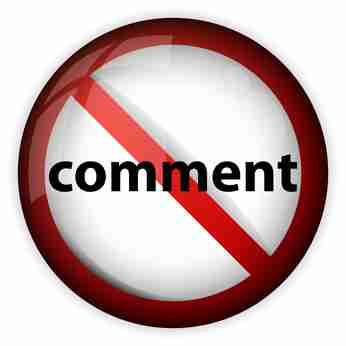 It has become apparent that having a large family seems to give others the green light to lose any manners their own parents may have tried to teach them, if indeed they were taught any to begin with.

I have made several observations with regards to comments we’ve received regularly and I wondered how other people of “normal” sized families would feel if I asked the same to them.

My hunch is they’d feel I was being rude.

Now, we’ve never had any negative comments made face to face.  Any nastiness or negativity is always made by others from behind their computer screen, allowing them to say things and behave in ways they probably wouldn’t in real life because they are anonymous.

When I had two children nobody cared.  What I mean is, nobody gave us a second look.

Nobody cared where I bought their clothes from and nobody cared if they got along or not.

Nobody cared how much time I spent with them.

Nobody cared whether my children felt they got enough attention from me.

Nobody cared how we supported them.

Nobody said how they should never have been born because there were too many people in the world already.

Nobody said how they shouldn’t have been born because I couldn’t possibly look after both of them.

Nobody said how they shouldn’t have been born because two children were too many for a family to have and for a couple to look after.

Nobody cared and nobody questioned anything.

We were anonymous.  Just another family doing what families do.

Then our family grew.

And as our family grew it seemed to give people – strangers – the go-ahead to ask whatever they wanted and make statements they would never have dreamt (I hope, for their sakes) of making to a “more acceptable” two child family.

All of a sudden people wondered how much we earn, where we live, how we live.  They wonder where we shop, how much we spend and what we eat.

And then they tell us our family is too big, we have too many children and they shouldn’t have been born because “they” are paying for them and “their taxes” will pay for their medical care and education or because there isn’t room for our children in this world.

Needless to say their own one child/two children/three children aren’t overpopulating the world.  It must be someone else’s.  Not that there’s an issue with overpopulation anyway.

And needless to say they’ll overlook the fact that “they” don’t pay a penny toward our children’s educations.  But I’ve been through all that before too.

And of course they’ll overlook that we pay taxes ourselves.  But that’s by the by.

They’ve already decided that the size of our family gives them a right to be rude.

And yes, it is rudeness.

I’m considering an experiment where I reply to people’s “I’m pregnant!” announcements with, “Wow!  How much money is in your bank account?” instead of congratulating them.

I’m going to frequent parenting forums and ask each poster to complete a questionnaire asking how many children they have, the debt they owe and how much their household income is.

I’m going to visit old people’s homes and tell the residents they need to die soon because I’m fed up of my taxes paying for their pension.  I’ll tell them they are a drain on society as they aren’t contributing and the world is too full and they’re taking up space that I need for a new cherry tree.

Are you laughing?  Because that’s what large families have to deal with.

I would never dream of asking anybody what they earn.  Regardless of whether they were married, single, had children or not.  It is none of my business.

I would never ask a person with only one child or no children why they don’t have more.  It is not my place to dictate or question how many a kids a couple decides to have.  I am not the government of China (who incidentally shouldn’t have that right either).

I would never approach a parent at the school gate waiting to collect her only child and tell her that her child should never have been born because my taxes pay for his or her education and well, my own children don’t use it so “why the hell should hers?”.

Would they tell a couple expecting their third child that they don’t seem intelligent enough to raise any more children?

And whilst I’m on this subject I’m interested to know they would also vilify and criticise a same-sex couple using a surrogate or a couple desperate to conceive going through the rollercoaster of IVF on the grounds that the world is overpopulated enough?

The ones that say these things will probably not even read this post.  They’ll visit the site to be nosy, comment negatively on how the site has reviews (on the review page? Really?!) and advertising (well, it’s a business after all. You want ad free? Go to the BBC), but they’ll disregard anything they could possibly report back as positive.

However, if you are one of these folk and you have read this post I’ll be happy to answer your questions.

But only if you divulge your personal details and information complete with paperwork to prove and back it all up first.

In other words what I’m saying is, if you think a question would be rude if someone else asked you it, don’t ask it yourself.

It is none of your business how many children I choose to have or why.  Call it pro-choice rather than pro-life if it makes you feel better.  Pro-choice works both ways, you see.  I’m choosing to have a large family.  It’s my right and my prerogative.  It’s my choice.  I don’t care how much tax you pay.  My kids will one day be paying for you.  And I’m probably paying for your child’s education or for your pension right now.

Mind your manners, look closer to home and prove your parents did a good job raising you.