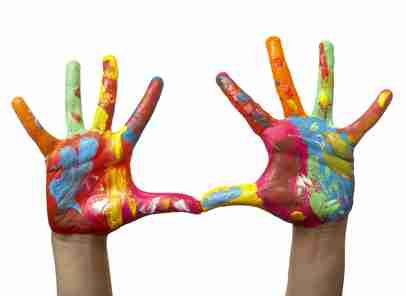 Well, there have been a few articles out about us again this week.  Out of them only the Telegraph had actually visited, met and spoken with us.  The rest were written by journalists who had used material previously written by other journalists, none of whom had actually spoken to us.  A kind of tabloid version of Chinese whispers, if you like.

Predictably, there were several commenters who couldn’t wait to get their calculators out in order to eagerly begin typing about the travesty of how much child benefit we would receive.  Not being ones to let facts get in the way of a nasty comment there were also several up in arms about how much housing  benefit we were receiving due to their calculations (even though we have a mortgage on our own home.   I didn’t even think you could get housing benefit if you own your own home, can you?), how much working tax credit we rake in (nothing), how much of their taxes are spent on our children’s educations (none) and how much we receive from the government for home educating (not a penny)  – I think one commenter somewhere said something along the lines of us receiving £2,000 per child!  The estimations and calculations were laughable yet written with such authority and confidence.  Ah, how I pity the ignorance of some too stupid to see it.

To begin with, home educators do not receive a penny –  nothing – for home educating their kids.  No books are supplied.  Neither is any curriculum, apparatus, stationery, software, or equipment.  Nothing is provided by anybody except the parents themselves.  We meet the costs of everything from pencils and paper to trips and computer equipment.  That is our choice.  Speaking for myself I like the fact that the government doesn’t give us anything toward it all, because that would then mean the government believes they then have the right to stick their nose in and we’re doing very well without that thank you very much.

Costs for home educating vary depending on methods used.  Yet whether you opt for autonomous learning or choose a more structured approach of text books and curriculum there are still costs to meet.

Then there is the other side of the coin – the money that home educators are saving other taxpayers by opting to teach their children at home.

The Department of Education website has information on data, research and statistics of all schools readily available including the income they receive per pupil as well as the expenditure per pupil.

I carried out a search for the two local schools which my children might probably have attended.  The junior school which four of my children may have been pupils at has an expenditure of £4562 per pupil, per year.  The secondary school which one of my children may have attended has an expenditure of £5883 per pupil, per year.  As an aside, I found it interesting to note that both schools received an income exceeding the expenditure – please see edit at end of post.  But anyway, out of the five school age children of mine we save the taxpayer (of which we both are) a total of £24,211 per year.  This is far, far more than anything we receive for the whole family in anything at all from the other “charitable” taxpayers who admonish our family quickly, thoughtlessly, angrily and resentfully.

Supposing we calculate our figures based on an eleven year education for ten of our children – we will ignore the oldest two seeing as they are no longer in school and both working taxpayers themselves.

The total our family is saving other taxpayers by home educating our children is: £567,870.

This figure alone, disregarding the facts that we are both taxpayers ourselves and that we meet the costs of educating our children ourselves, is far, far, far higher than anything our whole family receives in child benefit or child tax credit combined.

Please do note that I have referred to “other taxpayers” both here and in the title, rather than referring to “taxpayers”, giving the impression that home educators do not pay tax themselves.  In fact, the vast majority of home educators are taxpayers themselves, hence putting money into something they themselves are not using.

And all home educating parents do this willingly, adding to the commitment, dedication and selflessness they have already undertaken in order to give their children the opportunity to do the best they can possibly do away from the restrictions of the classroom and pressure of the latest national curriculum, tests, procedures and school tables – usually in the face of criticism and misunderstanding.

Because we know it works.

Oh, and to those I referred to as ignorant and stupid – I apologise.  Now that you have stopped to hear a couple of facts you chose to overlook I willingly accept your apology and say a friendly, “You’re welcome” for supporting your children through their education.

Out of interest I calculated the amount of “lost” taxpayer’s money from the income and expenditure per pupil.

The junior school receives an income of £5,042 per pupil, per year.

The secondary school receives and income of £5,951 per pupil, per year.

This is a difference of £68 per pupil, per year.

Between them the two schools have an extra £332,788 which was supposed to have been spent on the pupils which hasn’t been. That’s just in one year.  Where has that money gone and how has it been used?  Perhaps taxpayers should be questioning this instead?

9 thoughts on “Why home educators do other taxpayers a favour”