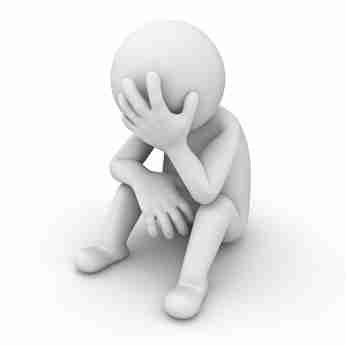 This week saw my health steadily deteriorating after what began as a normal cold and cough a couple of weeks ago.

By the time our second kitten was brought over by my friend Amanda on Thursday, I was coughing and spluttering like a good’un.  I was exhausted, my head hurt and I was losing my voice much to the delight of the rest of the household.

I visited the GP – a locum – on Friday morning to be told he couldn’t hear a wheeze, even though everyone else could clearly hear a wheeze.  He told me that sometimes people who had blocked noses mistook wheezing through their nose as chesty wheezing.  I wanted to ask him how stupid he thought I was but I really didn’t have the strength to argue and went home armed with the antibiotics he’d prescribed even though he didn’t think I had an infection.

By Friday night my breathing had got worse.

I resolved to make an appointment as soon as the surgery re-opened after the bank holiday weekend on Tuesday.  I didn’t get that far though as regular episodes of coughing followed by the inability to breath very much at all soon became very frightening.

Yesterday Mike was trying to convince me I needed to visit the hospital.  I don’t particularly like hospitals very much.  I hate the hanging around.  I hate the disturbance and most of all I hate being away from my own home.

My breathing by now was so shallow and the coughing so bad that I promised to ring NHS Direct as soon as the twins were settled into bed for the night (even though to them that still means waking up several times).  But, no sooner had I climbed the stairs to take Anna to bed that I suddenly felt very short of breath and struggling.  I sat on my bed, holding onto Anna trying desperately to regulate my breathing but I couldn’t.  I put her down in her cot and rushed out into the hallway calling for Ben to bring his inhaler up.  To say I panicked would be an understatement.

That was enough to convince me I needed help and I needed it quite quickly.

I came downstairs, braced myself with the possibility that I might need to go to hospital after all and opted to telephone the out of hours medical service who asked me to go in immediately to see a GP which resulted in this:

Not one but two sessions on the nebuliser, a course of steroid tablets, antibiotics and two different pumps and a narrowly avoided visit to the hospital on the promise I would go straight back if my breathing gave cause for concern and if I am no better by Tuesday.  It seems it was a chest infection gone a little bad.

No, not the best of weeks – but hopefully on the mend now!

PS.  I’m sure I recall the GP saying something about chocolate and ice-cream helping to aid recovery faster.  In case you wondered.

3 thoughts on “Not the best of weeks”