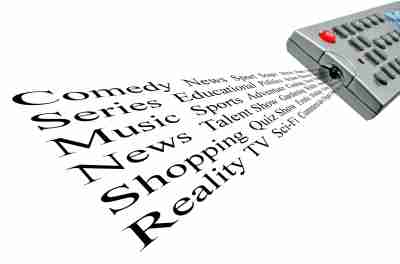 The third and final episode of “15 Kids and Counting” aired yesterday.  It showed three very different families and, like the previous episodes, each of the families had a very different story to tell.

Knowing our own personal experience of how editing works to tell a story that isn’t necessarily true, I couldn’t help but watch it with a certain scepticism, and wondered how the context of things were actually said compared to how they were finally shown.  I couldn’t help but watch Jo Watson and her family, and listen to the story of how all her children were from one marriage spanning over two decades and think, “There but for the grace of God go I”.  None of us knows what is around the corner.  (Benefit fraud, I couldn’t quite comprehend, though).

All in all, I don’t personally feel that “15 Kids and Counting” was a negative series on large families at all.

I think it did show a good side to families with a greater than average number of children.  All families had someone who worked, if not now then until very recently as in the Bland family’s case.  All the children were unconditionally, undoubtedly loved and cared for and the show covered everything from the happy events to the difficult side of raising a family – any family.  Who couldn’t have loved last night’s wedding after all?

Before the series began and as the adverts were aired there was a lot of Twitter fuss and, for want of a better word, hate, about large families.  The usual stereotypical views and prejudices were being tweeted.  It was to be expected yet it was far more widespread than even I expected it to be.  What was noticeable though, was how many of the naysayers quietened down as the series progressed.  Whether they did actually quieten or became less noticeable through the positive commenters who became more and more vocal as the series progressed, I don’t know.  But, there was an undoubtedly a turning of the tide and I felt all families involved in the programmes should have been pleased with this outcome.

EDIT: I have removed a couple of the paragraphs from the original post as the mum of many I referred to (although didn’t name) quite rightly pointed out that I didn’t request her permission to retell our conversation about the programme.  I have apologised for c&p’ing excerpts of the conversation and for any distress I may have inadvertently caused and wish to do so publicly also.

I found a lot of the comments made were very positive – and I’m not talking about comments made to me directly but made generally.  I find it very sad that one particular individual’s family has supposedly come under such fire because of the series, as I know all the families involved wanted to show a positive side to the stereotyped idea that people have about large families.

9 thoughts on “15 Kids and Counting – Dispelling the myths about large families or doing them a disservice?”