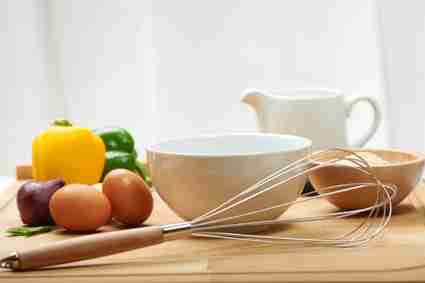 Galaktoboureko is a Greek recipe which when translated, means “Milk Pie”.  It’s not actually just milk in the centre but a custard, which is fortunate as milk would spill and then you’d cry even though that wouldn’t be any use.

It’s a dessert and a little goes a long way. Of course, that would also depend on your version of “little”.

Here is the recipe for you:

1. Preheat oven to 180ºC/350ºF Grease a large baking pan and place six layers of filo pastry onto the base one at a time. After each sheet of pastry has been placed brush it with melted butter. Keep remaining six covered so they don’t dry out.

2. Place milk in a large saucepan and bring to the boil. While waiting sift the semolina, cornflour (cornstarch), salt and 1 cup of sugar into a bowl.

3. When milk reaches boiling stage turn down the heat to a simmer and add the semolina mixture very gradually to it, stirring constantly as you do so. Keep mixture simmering on a low heat, stirring all the time, until it thickens and comes back to full boil. Remove from heat and set aside.

4. Beat eggs and slowly add half a cup of sugar as you do so. Continue beating until the mixture becomes very thick and fluffy. You may find it easier to use an electric mixer. Well, it would be easier. But a manual whisk will give you strong arms. You decide.

5. When mixture thickens add vanilla. Then, very slowly, add the eggs to the hot pudding, making sure you stir all the while until the egg mixture is thoroughly mixed in. Allow to cool.

6. Pour the custard mixture into the baking pan over the base of filo.

8. With a sharp knife, score the top of the pastry into small squares, about two inches square.

9. Bake in the centre of your preheated oven for around 40 minutes until the custard is firm and the top is nicely golden.

10. Time to make the syrup. Pour 1 cup of water into a saucepan and heat with the remaining 1 and a half cups of sugar. Add the lemon zest and cinnamon stick and heat while stirring until the sugar dissolves and an aromatic syrup forms.

11. Remove galaktoboureko, take the cinnamon stick out of the syrup then pour mixture evenly over the top of the galaktoboureko ensuring no part of it is missed out.

12. Allow to cool before serving and then keep refrigerated. 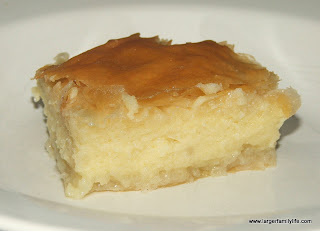 Take a look over here for more recipes.

4 thoughts on “A Greek Recipe – Galaktoboureko”