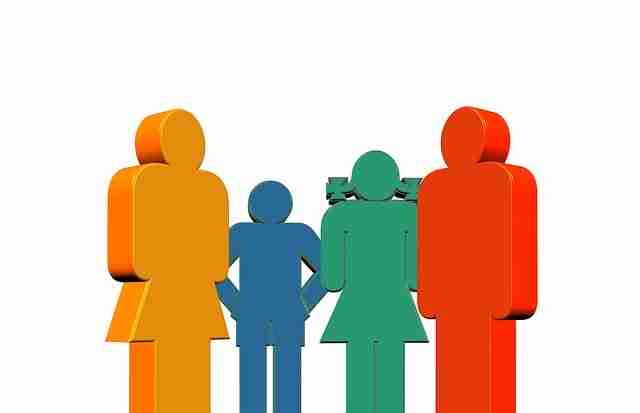 Until the 1970s, when parents got divorced mom typically got stuck with the hard work of raising the kids while dads became glorified babysitters. This arrangement was bad for everyone involved. Today we know better, and research has confirmed that kids thrive when they are raised by both parents. That’s why it’s important to preserve your joint custody arrangement.

If your joint custody arrangement is in jeopardy, you owe it to yourself and your children to seek representation for custody so you can remedy the situation before you end up battling it out in court. If you’re making any of the following mistakes, stop now before it’s too late.

5 Reasons You Can Lose Joint Custody

Child abuse is the number-one reason parents lose joint custody of their children, and if abuse is involved a parent should lose custody. Ditto for false allegations of child abuse and child abduction.

For the purposes of this article, we’re going to avoid situations like these that have passed the point of no return and take a look at mistakes you can fix.

Are you neglecting your child? If you’re suffering from serious depression since the divorce, you might be without meaning to or realizing it. If any of the following sounds familiar, you might have depression. Depression can cause:

Any of these symptoms can interfere with your ability to be there for your kids. However, help is available. If you just can’t seem to get it together enough to take care of your child or give them a reasonably nice and clean place to live, consider getting screened for depression. With a psychiatrist’s help, you can get back on track.

It can be tempting to turn to alcohol and drug abuse to cope with the pressures of the aftermath of a divorce and single parenting. Maybe a drink at the end of a stressful day turned into two and then six, or your old drug habit from your single days crept back into your life.

It’s important to seek treatment for any substance abuse problem because you could lose your kids over it. You could also end up with an arrest that will definitely cause you to lose custody.

For a lot of couples, co-parenting can dredge up the same issues that tanked your marriage in the first place. Just like you couldn’t agree on your finances, the division of labor, and your sex life, maybe now you’re fighting about your kids’ education, safety, and welfare instead.

If your inability to cooperate with each other is interfering with your child’s happiness and well-being, you may want to visit a co-parenting counselor. Maybe marriage counseling didn’t work, but this is still worth trying. After all, someday your children will turn 18. You don’t have to cooperate for the rest of your lives; you’ve just got to get through the next several years.

Violation of a Child Custody Order

If you and your ex can’t see eye to eye on an important decision regarding your child, it may be tempting to go over their head and make the decision for them. This may very well be a violation of your custody order, and the court may not look favorably on it.

Another way you can violate your custody order is by repeatedly being late for pick-ups and drop-offs. An hour or two here and there might not seem like much to you, but it can be a big deal to your ex—especially if they’re looking for problems to be angry about. You might not lose joint custody over this one, but it won’t help your case, either.

Violation of a Right of First Refusal Clause

If you agreed to a right of first refusal clause in your divorce, you need to stick to it. This clause states that your ex gets first dibs if you need a babysitter for any reason. If your ex is sitting there wishing they could see your kids and they find out they weren’t even with you, they’re going to be mad, and they might even try to get full custody because of it.

I understand what it’s like to want to see your ex as little as possible, and yes, pick-ups and drop-offs mean seeing them. It may be easier or more pleasant for you to hire a babysitter, but it won’t look good in the eyes of the court. It may also not be what’s best for your child.

Co-parenting is a learning process, and no one gets it perfect right out of the gate. For the most part, we are all just doing the best we can even if some parents are lacking in certain areas. If you’re making any of these mistakes, it’s never too late to do better. Remember, it may be the thing that saves your co-parenting agreement.