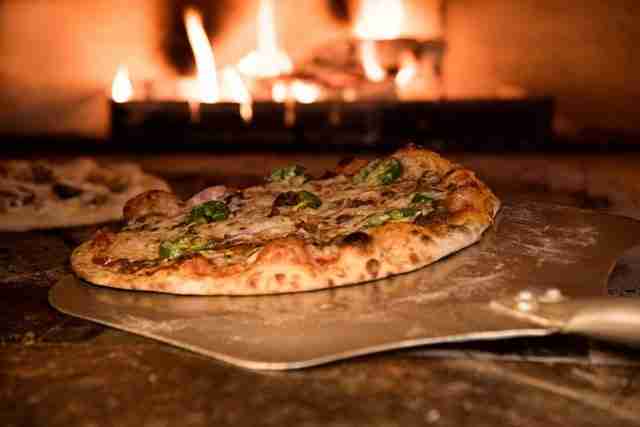 When starting a pizzeria business, it is critically important to find the right pizza oven for your need. From big business to small family-owned businesses, what would have been perfect for one setting may or may not be best suited for another setup. A few of the things you must take into consideration when choosing pizza ovens for every foodservice facility are factors such as size, location, fuel source and type of pizza or pizzas you would be producing. Now let us tackle some of the above factors and explore how to acquire the perfect pizza oven for your pizza joint.

The 4 Types of Commercial Pizza Ovens

Pay very close attention to advancements in the pizza world when choosing the best pizza oven. Brick pizza ovens seem to be the top pick for pizza consumers, as it is known to produce the best pizza quality. Deck ovens could also deliver good quality pizza, and convection and conveyor pizza ovens are great options in operations in which efficiency is the prime concern. None the less, as mentioned above, the dilemma of finding the right pizza oven for your business may not be handled with as effortlessly as that— you will also have to ascertain how much pizza you want to produce, how much floor area you have, what type of pizzas you would like to produce, and just how much your budget is for your pizza oven.

The type of pizza ovens that can be used with either an electric or gas hookups are the deck, convection and conveyor ovens. However, there are a few slight differences between gas and electric pizza ovens. It is preferable for traditional pizza makers who are producing such high-volume of pizzas if they cook through a gas pizza oven. Such ovens will render a crispier crust while the entirety of your pizza will be cooked evenly.

However, what it would ultimately be the affecting factors on what the right pizza oven to purchase are the utilities readily accessible which can be used in the establishment. If your workplace has no natural gas or liquid propane hookups, the electric pizza ovens will work better to meet your needs. An electric pizza oven is also a viable alternative for businesses dependent on mobility, which include food stalls or concession carts, something which likely has little or no gas access.

The Volume of Pizza Production

Commercial pizza convection ovens only have a comparatively low amount of pizza production compared to other types of pizza ovens. They just usually have 2-5 racks for every chamber. It would tend to take up to 5-6 minutes for a convection oven to cook one or two 16″ sized pizzas evenly. The cooking time would also vary depending on the temperature as well as the number of pizzas cooked in the pizza oven at that same time.

Commercial pizza convection ovens are ideal for restaurants that do not exclusively serve pizza but only have it as one of the choices in their menu.

In contrast, the volume of pizza production of deck pizza ovens is smaller than that of a conveyor pizza oven. Typically each deck can simultaneously accommodate cooking around 4-6 pizzas. Cooking times are significantly longer (about 6 to 8 minutes), and the pizzas need to be closely watched and shifted around, which means you may run out of cooking space and end up losing some time restoring the lost heat. An approach that can rectify the constraint of cooking space of a deck pizza oven is by installing multiple decks on top of each other in a single oven. The number of decks may vary from 1 to 5 or 6.

Brick ovens can be compared to deck ovens in two aspects: the cooking space is quite limited, and the cooking time is slower than a conveyor pizza oven. Furthermore, unlike the deck ovens, there is usually just one cooking platform for a brick oven. A brick oven can accommodate 10-12 pizzas at a time and can cook a pizza perfectly (with the right temperature) in just less than 5 minutes.

If it is a top priority to yield a high volume of pizzas, you will want to consider purchasing a conveyor oven. The continuous cooking system of a conveyor oven can produce fully cooked pizzas as quickly as you are making them.

In comparison to the other 3 types of pizza ovens, convection ovens do not take up much space. Only 15 to 60 cubic feet will cover one of these ovens. This would be appropriate for space-constrained restaurants.

Deck pizza ovens are suitable for a pizza place that has a limited area or when the owner wants to apportion more space for some other appliances. Although this would use up as much space as a conveyor pizza oven, the stacking design of a deck oven only means that much of the space that is being used would be vertical instead of horizontal.

The Cost of the Pizza Oven

It would usually be the price which would be the deciding factor in determining which pizza oven to purchase.

Convection ovens vary from $1,000 to $10,000, making them somewhat affordable in so far as pizza ovens are concerned. Portable and countertop ovens are cheaper, with the price ranging from $100 to $1,000 in prices Conveyor pizza ovens range from $5,000 to $30,000 depending on its brand, condition, and many other extra features. Deck ovens are analogous to conveyor ovens in its price range. The pivotal thing that really makes these pizza ovens cost-effective is because they are low maintenance and also have a long service life. Deck ovens can last for several years, decades even. It indicates that it can preserve its resale value and therefore can be a valuable investment.