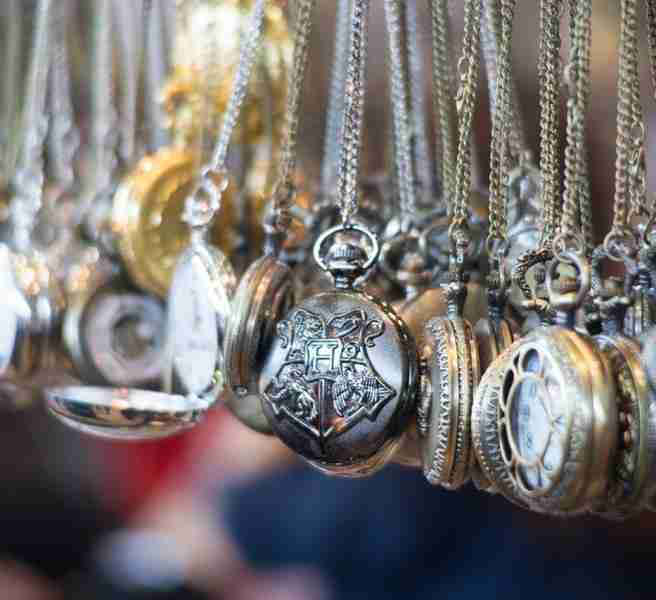 When it comes to the magic of cinema, it doesn’t get much better than Hogwarts and Harry Potter. These dazzling movies breathed life into the already incredible books of J. K. Rowling and continue to inspire the young and young at heart even today.

More and more visitors are peeking behind the curtain through Warner Bros Studio Tours, getting insights into the sets, props and setpieces that made these movies happen. Here are some fun facts sure to inspire even the most Uncle Vernon-like muggle in your family.

Clever and sharp-eyed visitors on the tour will find plenty of Golden Snitches hidden in the most unlikely of places! Can you track them all down?

Around Christmas there is lots of snow

But not just any snow. Just like in real life, the professional Hollywood style snow that covers everything around Diagon Alley, the Forbidden Forest and beyond comes in different versions. There’s slippery, crumbly, sticky and crunchy kinds and more. You’ll have the chance to see and feels which snows were used and in which scenes, in the films.

You can duel with wands

When the Death Eaters come out to play, have-a-go heroes get their chance in the limelight. You can wield a wand and take on these sinister figures using moves just like in the movies. Better still, experts who worked on the battle scenes from the films will show you how the fights were choreographed for maximum excitement and you’ll also get to see how the wands themselves were made.

The Great Hall has no ceiling

This vast set, one of the most iconic ever in modern cinema, is just as impressive in person as it was on the big screen. Yet despite being big enough to park over 20 double decker buses in and having taken over 90 tonnes of paster to build, the Great Hall set itself has no ceiling. The tremendous arches and beams we of the ceiling are actually models and digital trickery.

The whole set was once an aircraft hangar

The stunning sets and dioramas that made these movies happen were built in what was once an aircraft hangar in Leavesden. Yet as the movie series drew to a close, the studio realised they had the chance to invite fans in to see, quite literally, where the magic happened. They kept the sets in place, rebuilt many of the old favourites from earlier films and continue adding new attractions every year.

Familiar faces on the walls

Magical portraits of over 350 wizards lined the walls of Hogwarts in the movies and most of them remain intact today. As a thank you to all the people who worked so hard on the film series, the paintings themselves are actually wizardly interpretations of the cast and crew of the film. What a cool way to be immortalised!

Naturally, all this touring could cause a bit of stirring of the sweet tooth. Luckily, the snacks and drinks here fit right in. There are Every Flavour Beans to entice the bold, as well as the classic Butterbeer to help everyone unwind. Don’t worry though, the Butterbeer is non-alcoholic, so there won’t be any unwanted Hogwarts hijinks.

There are countless more fun things to be discovered within Warner Bros Studio Tours and it’s exciting to imagine what you’ll discover next.