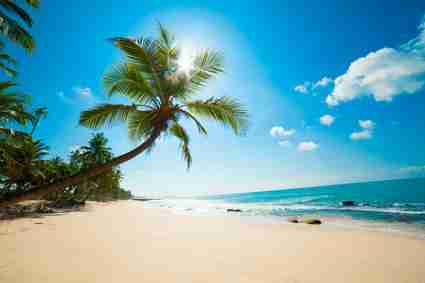 While many people are battening down the hatches and getting ready for the festive season, there are some families who are choosing to eschew tradition and instead jump on a plane and go and catch some winter sun. Are they completely crazy or could it be that they are on to something? I mean, it’s only two weeks today since we returned from sitting on the beach in Puglia in October and we could quite easily pack up and head off again right now!

After all, Christmas is the one and only school holiday when you won’t be charged a ridiculous premium for booking a week away. If you are going to go for it, now is the perfect moment, as the travel agents have some amazing deals. Read up online, there are plenty of reviews of Thomas Cook and the like to help you make the right choice.

That just leaves the question of where to go? Here are some ideas.

Some go all sniffy at the idea of the Canaries, dismissing the island paradises of Tenerife, Lanzarote and Fuerteventura as too commercialised and full of English and German tourists. The point with that argument is that you are in danger of throwing the baby out with the bathwater – they are popular for a reason, so perhaps the key is to visit at a quieter time of year. With temperatures still getting into the 20s, flights for next to nothing and some Fuerteventura packages available for as little at £30 per person per night, this could be the moment to set aside your preconceptions and give The Canaries a try.

It is easy to forget that the North African coast is not so far away. Tunisia represents great value for some winter sun, and the resort areas around Sousse will certainly not be overrun with tourists in December. Again, there are some incredibly cheap flights from Gatwick to Tunis at this time of year if you shop around.

Of course, catching some rays in the Med in around 20C temperatures is one thing, but if you want to get some serious warmth, you will need to venture a little further afield. The Gambia has really developed into a major holiday destination, and average temperatures in December are well up in the 30s. Tucked away on the west coast of Africa between troubled neighbours Senegal and Guinea-Bissau, The Gambia is an oasis of calm, with golden beaches and a choice of top-notch resorts. The flight is only around six to seven hours, and returns can be as cheap as £150.

Did we mention paradise? The danger of going to Sri Lanka is that you will never want to go anywhere else afterwards. There are so many wonderful places to visit and things to do on the island, and every part of it has its own unique character.

The monsoon season is runs from October to April, but if you aim for the southern part of the island, it will not affect you much, and in all honesty, that brief afternoon downpour can be a wonderfully exhilarating experience and makes the atmosphere seem brand new.