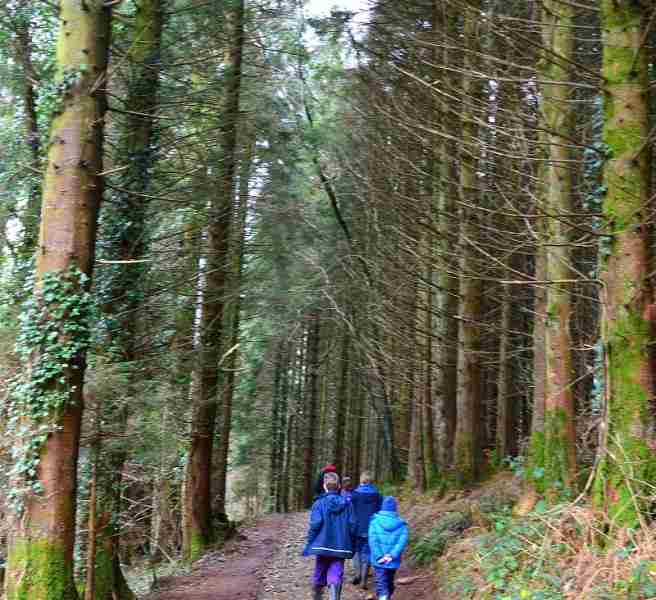 Video games have been around in one form or another for as long as most of us can remember. The modern gaming community has become quite the authoritative figure in the entertainment industry. You don’t have to play these games to be aware of the how absorbed players can get, but doing so for hours on end without much time outside isn’t the best idea.

Video games these days tend to be engaging enough for people to spend less and less time outside, which isn’t ideal. A gamer will need a decent alternative if they’re going to put down the controller, so here are a few that might just do the trick. From biking to paintball, try these outdoor activities to get you or your child off the sofa or your porch swing and out of the house.

Hiking (Or the Occasional Stroll)

If you’re a gamer and the thought of going for a walk not only doesn’t appeal to you, but also sounds like a day of boredom, think again. In the UK, we’re lucky enough to be surrounded by some of the most beautiful sights, architecture and historical delights the world has to offer.

Whether you reside in a more rural surrounding or the heart of the city, with some creative thinking, it shouldn’t be difficult come up with a plan for a solo stroll or group meander.

Cycling is an activity that seems to be successful in maintaining popularity in many different forms. Whether you’re a lycra-donning road cyclist, a downhill mountain bike enthusiast, or someone who uses a bike as your primary mode of transport, the popularity of pedal power hasn’t faltered.

One of the most endearing qualities of cycling is that it’s just as enjoyable in a group — with friends or family — much like the single player and multiplayer modes on video games. A bike is an ideal way to take in some sights, take a tour of the city and cover lots of ground with ease. Or, for the adrenaline junkies, a downhill mountain bike track is a fantastic way to get some exciting exercise.

Many of the most popular video games — past and present — are shooting or combat-based. Gamers are consistently absorbed by the exciting, fast-paced action of the narratives depicted in first-person shooters (FPS) and other genres. Gaming developers strive to achieve advanced realism with each new release. So what better alternative than the real-life, authentic combat scenarios during a day of paintballing?

Paintball offers players an opportunity to embrace the excitement of shoot-outs, team-tactics, expertly designed battlefield environments; all of the essential characteristics of a decent modern-day shooting game.

While the many different watersports vary a lot in nature, they do have a lot in common with regards to the benefits on both the mind and body. Whether it’s swimming, rowing or another activity, doing so acts as a hefty full-body workout. Not only that, but being out on open water is brilliant for relaxation and stress relief.

An exciting alternative to a sport doesn’t necessarily have to be another sport. A city break provides new surroundings, culture, scenery, attractions and people. Many people play games for the adventure and exploration, which is exactly what can be experienced during a city break.

Europe contains many of the most beautiful and influential cities in the world. If you are looking to travel further afield, there are an abundance of other locations to be explored. Many can be achieved on a relatively small budget if you manage to find cheap flights and make the most of Airbnb to live like a local.

There’s no doubt that the modern day gaming community is nothing short of a phenomenon, while the titles that are released each and every year continue to amaze and absorb gamers. With that said, the lack of exercise and minimal time spent outdoors while in the midst of lengthy gaming sessions isn’t ideal. Finding an alternative from time to time would be a smart move — and you’ll find choosing a few of the options above to be extremely rewarding.