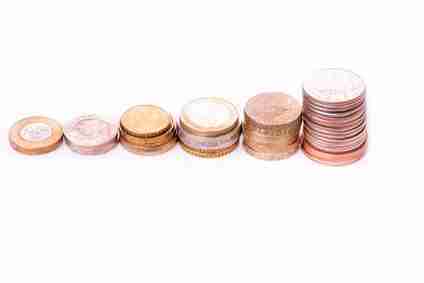 Cait and I were driving home from a meal with family when I flipped ‘Goody Two Shoes’ to play on my Adam and the Ants CD.

And the song played:

If the words unspoken,

Get stuck in your throat,

Send a treasure token, token, Write it on a pound note, pound note…

“Were there really pound notes once?” Caitlin asked.

Oh ye, of your ignorant youth and your ‘Were there really pound notes?’ questions.

“Yes,” I replied. “And half penny coins. And there was no internet.”

And so began the conversation about how much had changed.

We’ve had conversations like this often where we have discussed the rising costs of Freddo bars (they’re 25p each now you know! You used to be able to buy a full sized Mars Bar for that!), and how comics only used to cost 10 pence at most. In fact, can you even buy comics any more?

So whilst it’s easy to get wrapped up in all the things that have rocketed in price over the years, a little research shows us that actually, the cost of quite a few things have actually decreased. Here are ten things that cost less now than they did ten years ago:

Flying used to be a lot more expensive than it has become in more recent years thanks to low budget airlines paving the way to a more competitive market. In fact, it recently cost us less to fly Caitlin out to Luxembourg than it would have to get her a train ticket from our nearest station in Kent into London, just half an hour away. Don’t forget to check that your luggage comes under the included allowance, and double check the TSA liquids rule before you pack.

With so many more providers to choose from, competition in the travel insurance field has also seen costs decrease over the years. This, together with cheaper flights, has seen travel become more affordable over the last decade or so.

And still on the holiday theme, B&B accommodation in London has seen its prices fall from approximately £88 to an average of £50 a night thanks to Air B’n’B.

Ten years ago there used to be only one place to go for eyebrow threading and that was Harvey Nichols who would charge £38 a time. Now you’re looking at a fiver or so instead.

With the popularity of gyms increasing over the years, memberships have seen their costs decrease significantly. In 2006 a membership to LA Fitness would set you back a whopping £41.94 a month. Now you are looking at an average of £19.99 instead. Bargain.

Remember the very first mobile phones that were the size of bricks (and the weight too!). Not only have the sizes of the devices changed over the years but so have the prices. No longer associated with the stock market yuppies as it was in its early years, mobile phones are now so affordable that pretty much everybody has them and is now something nobody seems to be able to leave home without.

Comfort isn’t as expensive any more when it comes to treating yourself to a Tempur mattress. Back in 2006 you would be looking at paying £1700 for one compared to £1300 now.

Large screen televisions were still fairly new to the scene ten years ago but as popularity grew, the price of these lessened from an average of £3,300 to a mere £700-odd. (This figure is based on a 50” Panasonic, in case you were wondering). If you’re on the hunt for even more of a bargain you can save on consumer electronics with voucherbox.co.uk Curry’s vouchers.

Costs of the internet have also decreased in the last ten years as dial-up fees plus usage gave way to always-on broadband for a lower price. Which is lucky because let’s face it, who could live without the internet now?!

Finally, the last ten years have seen a mid-level laptop decrease in price from approximately £700 to just £300 so now you can make the most of that cheaper internet we were just talking about!

So there you are, ten things that are cheaper now than they were ten years ago. It still doesn’t take the sting out of that Freddo though, does it?