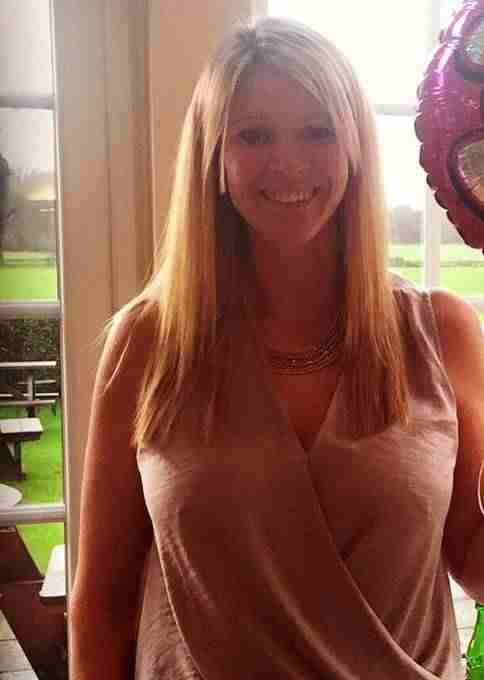 We are always keen to hear from other parents who have gone on to successfully combine parenting with running a business of their own. We know that it’s not always easy so love the inspiration and motivation we get when others share their experiences. Today we have the privilege of featuring Melissa Lodge who shares the ups and downs of running not one but two businesses whilst also pregnant with her second child:

My name’s Melissa, I’m 32 weeks pregnant and I’m also running two (very different) businesses. Before I owned my own business, I trained as an accountant and worked in Canary Wharf for 10 years. As my home was all the way in Surrey you can imagine how much I hated the commute to the other side of London!

This is when I set up Property Eagle, an online estate agents. Luckily for me, my husband was an estate agent at the time, so I received a huge helping hand setting everything up. As a side project, we also set up a company selling men’s ties and accessories. Why? Because my husband used to complain about not finding any nice ties for work, so we decided to take matters into our own hands. Frederick Thomas was the name of this side project, but little did we know it would soon become a full-time, growing business.

So today we are running two businesses while preparing for a third long-term responsibility – a baby.

Becoming pregnant was a lovely surprise, but the early stages presented some interesting challenges. The first one being that I became very sensitive to smell, which meant having to diplomatically use a scarf around my face to shield myself from strong odours – not easy in a small, busy office where people snack at their desks. Then of course, using the loo also became a big feature of my day.

Putting these minor daily annoyances behind me, I then had to face the challenge of figuring out what to wear for meetings and events outside the office. It was that awkward stage of looking heavier than usual, but not obviously pregnant. So I squeezed myself into my normal dresses, sucked everything in and hoped for the best.

By the fourth month, I had not suffered many symptoms, but the habit of eating seamlessly began to take hold. I had to apologise to my colleagues for my constant binging in the office. As a vegetarian I thought at least my cravings would involve healthy foods like spinach and fruit. I couldn’t have been more mistaken when my cravings actually involved bacon flavoured crisps and copious amounts of fudge.

Moving on to the fifth month, I was beginning to sleep a little less as the baby had a massive growth spurt (which proved to be quite painful for my back). Trying to meander around the office became a task in itself. It was now impossible not to limp or wobble to my destination without bumping into people’s chairs and desks. My spacial awareness was gone and I could no longer use a swiss ball to sit on. I also lost my last shred of dignity as I began wearing a support belt under my clothes, although no one would tell me when my top would rise up above my belt, leaving the hideous thing exposed for all to see.

On the plus side my breasts are magnificent! My husband also has no choice but to bring me food and other necessities as and when I please.

In reality, I have so far sailed through my pregnancy. Being pregnant and running two businesses was a scary prospect at first and I’ll admit I had some wakeful nights thinking about whether I would cope. I have taken each day as it comes though, and thankfully have only succumbed to baby brain once or twice!

Now that the daunting task of balancing motherhood with work is on the way, I know time will be stretched further, so I’m excited to see what this next challenge brings when the baby finally arrives!

We would like to give a huge thank you to Melissa for sharing her experiences with us. If you would like to share your story please email us at family@largerfamilylife.com.