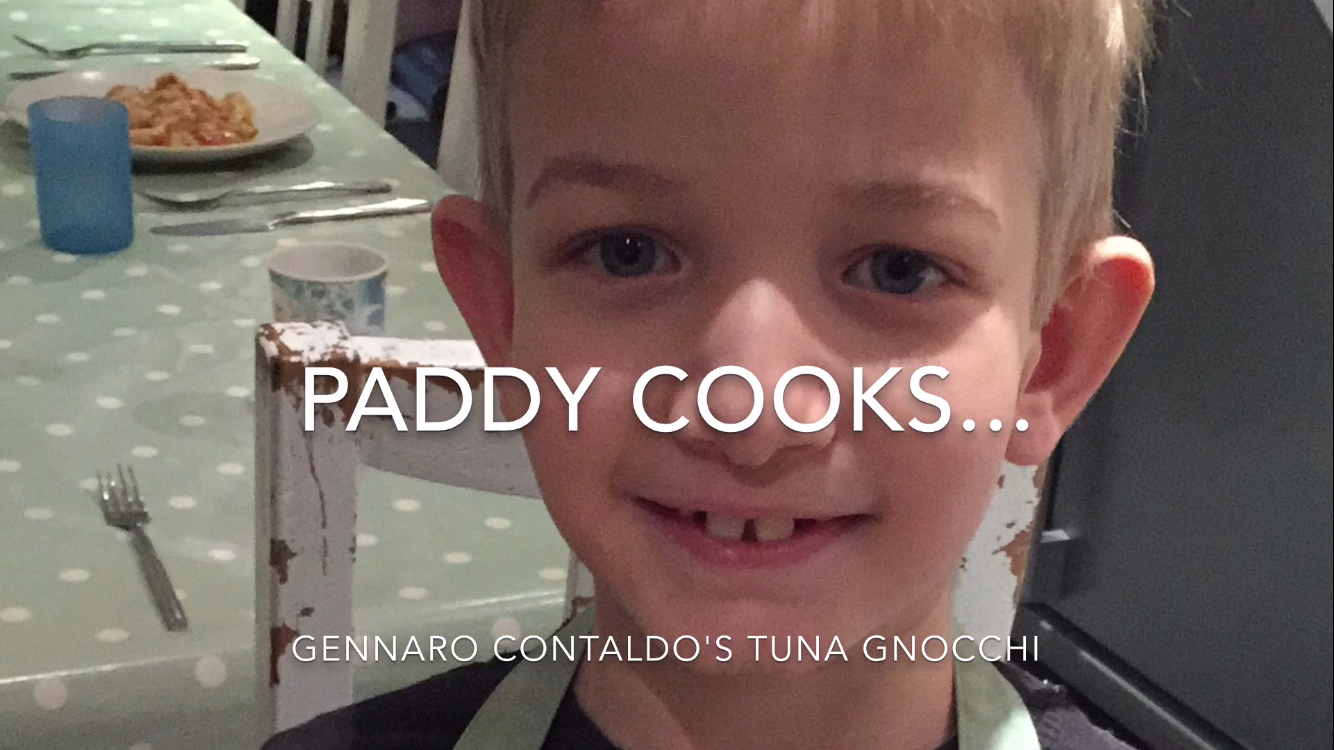 For Christmas Paddy received a number of cookery books including a couple written by his hero Gennaro Contaldo (as well as a couple more by second favourite, Jamie Oliver).

It is Paddy’s dream to one day be the chef of his own restaurant. He also wants to write his own cookery book and send a signed copy to Gennaro, just like Gennaro did for Paddy. What better way for him to get used to cooking for a lot of people than by cooking for his exceptionally large family?

. He needed to adapt the recipe slightly as we had run out of fresh tomatoes and herbs, resulting in him using tinned tomatoes and dried herbs instead. Nevertheless, the result was delicious.