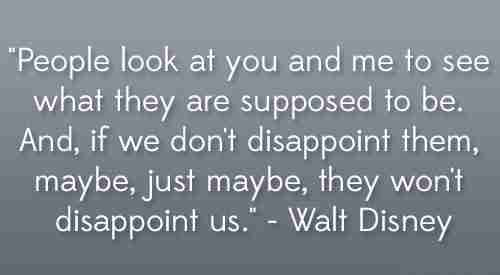 Earlier this week I posted about how Disney’s PR team uninvited our family to their Christmas Party press event a day before we were due to attend. This was after we had confirmed our places two weeks previously, after I had double checked that our family size wasn’t an issue, after we had made arrangements to stay in London in order to be able to attend (and yes, they were aware), after we had received a postal invitation and most importantly, after we had told our children the exciting news. The reason being that they were over capacity even though they had continued inviting other bloggers and media to the event after our family’s places had already been confirmed.

To clarify, this was not a paying event. It was a press event arranged in order to raise awareness of Great Ormond Street Children’s Hospital (GOSH) in association with Disney Store Oxford Street. The event was supposed to be a fun-filled evening at a Christmas party with the Disney characters. Our family would attend and have fun and in return we would write about how great it was and how GOSH can be supported. No costs are covered at all and we decided that, as we work on teaching our children the value of experiences over ‘things’, we would arrange to stay in London in order to be able to attend. We wouldn’t have been able to otherwise.

The PR company that originally made the arrangements were Reprise. They were the ones who also confirmed that our family size wasn’t a problem when I double-checked back on 23rd October. The event wasn’t scheduled to take place until 3rd November. It was Disney’s UK PR company themselves who uninvited us only one day before. They then batted the problem back to the original PR company (Reprise).

We have been talking with Reprise throughout the week and quite clearly explained how we were all feeling. Upset, angry and extremely saddened to say the least. On Tuesday evening, the night of the event we were supposed to attend, Reprise emailed offering to fit us into the following night’s event adding that they understood if we already had plans. The short notice didn’t allow us to attend and our anger and upset made us reluctant to even if circumstances did allow.

Reprise then offered to send a few gifts to the children but as we explained, while we are sure they probably would have loved them, they didn’t actually need any more toys. They have plenty. And even so, had they been able to attend the event as they were originally supposed to they would have received a voucher for redemption anyway. This further frustrated us.

The two offers Reprise made us didn’t seem to have required any effort at all: an invitation to a Disney Christmas party at short notice which is what our family was supposed to attend and the offer of a few token gifts which they might have been able to get with the voucher they would have been given.

The problem was we didn’t know what we wanted them to do to make things better. How could you make something like this better? I had never been consumed with such anger and upset towards any collaboration before. I couldn’t understand why and then I realised why. It was because it was Disney. And Christmas. It didn’t get any better than putting the two together. You never imagine Disney letting your kids down. It’s the one name you think you can trust with your children. The reality that it wasn’t was difficult to process, the gravity of what they had done to my children was difficult to stomach. What was done was done. What could we ask for that would even begin to make it better? We didn’t want anything. We didn’t expect anything. All anyone wanted was the experience. Not ‘things’.

How could they do this?

And I didn’t like how this whole debacle was upsetting me more than it ought to have.

We thought and thought about it and decided to put a proposal forward to Reprise last night:

We have been thinking trying to come up with a fair way of settling this debacle and we have a proposal for you.

Firstly, we would like some kind of genuine apology without the excuses of capacity limitations and ‘misunderstandings’ which simply don’t wash. They are excuses. You cannot use capacity limits as a reason when our places were confirmed two weeks prior to the event, during which time you continued to contact bloggers in order to request their attendance also. This would have been put to sleep long ago if someone simply admitted that you/Disney had messed up and that you were sorry. Sorry goes a long way.

We aren’t malicious but we are extremely upset and disappointed. We didn’t do this for any benefit to ourselves, financial or otherwise as you are well aware, but it did cost us money to do. We never once asked for a penny from you or Disney for any costs despite the circumstances. That was not the issue and that is not the kind of values or character we want to pass on to our children

We only did it because we try to teach our children the value of experiences over things and because they really love Disney. That it was a Christmas party with Disney characters was a bonus. Seriously, they have plenty of crap that they don’t need. Whilst I’m sure they’d love more toys, they really don’t need them. Thank you for the offer of gifts anyway.

Therefore my proposal is as follows:

Would you and Disney please, as a result of this, be prepared to make a £1000 donation? £500 of which we request to go directly to GOSH and the other £500 to our friends’ charity More Than Words.

Our friends, Paul and Hannah Hughes, founded the charity after their daughter Gracie was born with Bulbar Palsy and some unknown genetic condition. Doctors warned that Grace would never live, and once she did they said she would not walk or talk. They needed to teach her Makaton in order to be able to communicate with her but realised that resources for families with children who could not communicate were severely limited. Paul, a full-time police officer, decided to start up a charity which would offer free Makaton classes to the families of those children so that every child could have a voice. He and his wife Hannah have also uploaded some videos of Disney songs in Makaton sign language so that non-communicating children could learn and enjoy the Disney songs too. Here is a post: http://www.largerfamilylife.com/2015/07/21/disney-for-all-with-makaton-and-more-than-words/ and the charity website is here: http://www.morethanwordscharity.com/.

I realise this request might seem much to ask but, given how the circumstances, I sincerely I hope Reprise and Disney will agree. We will of course, provide full credit to reaching an agreeable solution.

We are very pleased to report that Reprise this morning agreed to our proposal. We believe that a payment of £500 on behalf of Larger Family Life has already been made to GOSH and we are just waiting on final confirmation of that and that the donation of £500 to More Than Words has also been made.

Reprise also stated that they did not wish for their company nor Disney to be seen in a negative light stating that human errors occur, acknowledging that their handling of the incident was upsetting to us and that they would improve on this. I would have to take their word on that as we do not plan on collaborating with them again ourselves.

As I replied to them: I understand errors occur but this particular one was inexcusable. Our family was confirmed two weeks ago, I double checked the number of us would be ok and the cancellation was a day’s notice. My children were genuinely devastated and we picked up the pieces – not Reprise nor Disney. They looked forward to a Christmas party with their favourite characters. This is the greatest example of taking candy from a baby. It is not an error. It was a cruel act which should not have happened at all. Cruel is the only word for it. Do you really think a consolation visit to the British Museum playing ‘Spot the Stolen Artefacts’ (result: most of them), makes up for the promise of Christmas partying with Disney characters?

But at least Reprise tried. Disney’s own PRs batted the problem back, despite being the actual ones to snatch the experience away and we have heard nothing from them at all.

But still, it has been a lesson for us too. A reminder that no matter how much we try or what we do, there will be times that we can’t prevent our children from the harsher realities of life.

Real life isn’t a Disney movie. There isn’t always a happy ending for everything and sometimes things will happen that will break your heart. Giving our children the news that they were no longer going to the Disney Christmas party on Monday was one of those moments for us and for them.

But life is sometimes horrible.

And this was one of those times.

All you can do at times like that is to pick yourself up and put it down to experience. If you can work out a way to create something even a little good from something bad, then perhaps it was meant to be that way after all. And if you can’t make good of bad times, move on and focus on the ones you can. We managed to turn something bad into something better for those that needed something more than we do.

That’s not a bad lesson to teach our children.

What happened wasn’t good. It wasn’t nice, it wasn’t something I liked my children having to deal with and it definitely wasn’t something I expected from Disney – it’s still not but let’s face facts, their own PR team clearly have washed their hands of it. But thanks to Reprise and their willingness to find a solution, at least something good will come out of it for several more children who need it.

Perhaps it was just meant to work out this way after all.

19 thoughts on “The Disney Debacle: A Resolution and a Lesson Learnt”