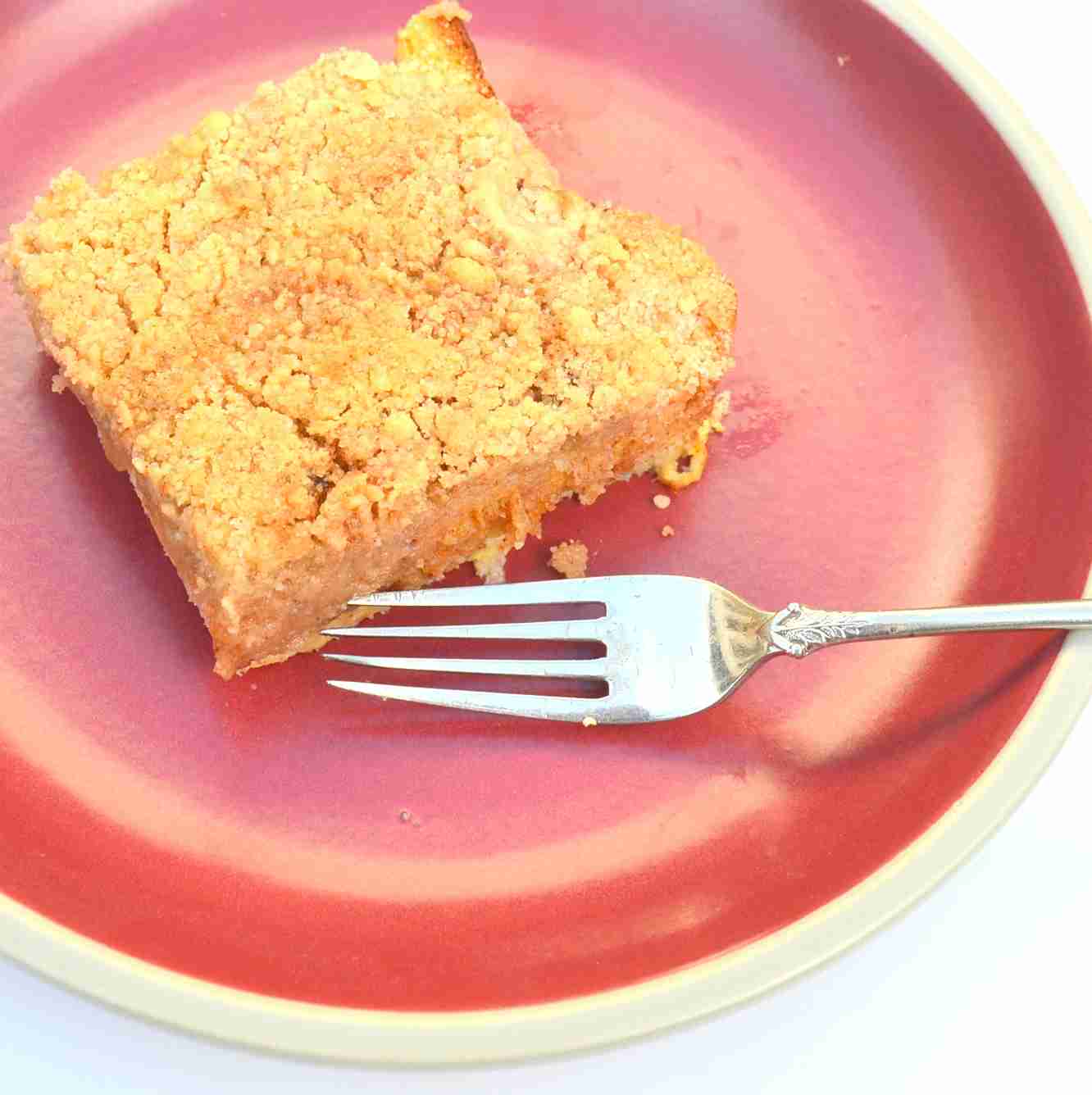 I find it delicious at the best of times but I find there is something quite comforting about the smell of cinnamon during the winter months especially.

With the clocks going back and days becoming darker for longer, why not try Caitlin’s delicious cinnamon toast recipe for a different kind of breakfast that the whole family is sure to love? If mornings aren’t your thing you can prepare the crumble topping the night before. Come morning, all you’ll have left to do is to throw it all together and pop it in the oven.

We find white bread works best for this recipe but didn’t want to compromise the healthiness of brown bread, so used Hovis Good Inside which contains Omega 3 from flaxseeds, wheatgerm and added fibre.

This recipe makes enough for one 9″ square dish which will serve 4-6 easily.

A sprinkle of cinnamon

Grease a deep sided baking dish and cover with two layers of bread, one on top of the other.

In a bowl rub together the butter, sugar and flour to make a mixture resembling breadcrumbs.

In a separate bowl whisk together the milk and eggs, then pour evenly over the bread.

Cover the top of the bread with the breadcrumb-like mixture, then sprinkle over with the cinnamon. We’ve suggested three quarters of a tablespoon but who’s to say how much cinnamon is ever enough?

Bake in oven for approximately 25-30 minutes. *This post was created in conjunction with Hovis who kindly provided us with the bread for this recipe.