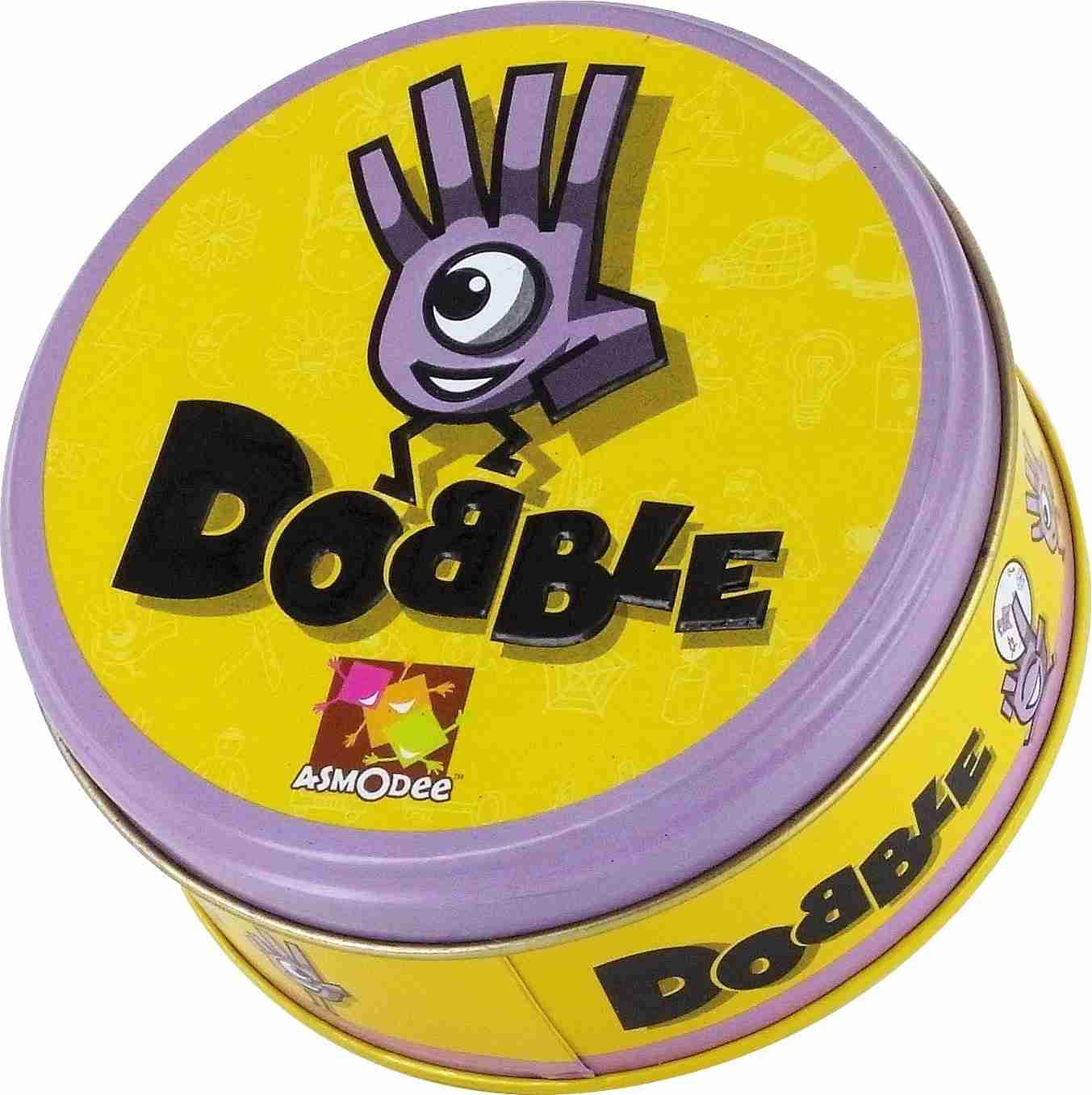 Finding games that can get the whole family involved can be difficult at times. With so many children, we often have to get into teams or pair up when it comes to a multiplayer game due to the fact that many games only go up to four players. Card games such as Dobble are brilliant for dilemmas like this. Up to eight people can play at any one time which is plenty for us. It’s also convenient for travelling, as its compact size means it takes up very little room in a bag, and as it’s a card game, we don’t have to worry about keeping batteries to hand.

There are 55 cards in the pack with eight symbols. Out of the fifty five cards, only one symbol is shared between two cards. You have to find an image on the other card that matches the one you already have. It probably sounds more complicated than it actually is but trust us, this game is brilliant!

It’s interesting to see how a game like this can get everyone in a competitive mood. You’d be surprised how hard it is to find the match when under pressure – it’s a little like Snap! with an added twist. We loved so many things about this game. It’s extremely addictive and the kids were playing for hours before they finally moved on to something else. It’s speedy which is both good and bad: good because we’re able to have a quick game before bedtime, but bad because they then insist on having just one more game!

We liked that if we felt like changing things up slightly we could use the cards to play one of the five mini games including Hot Potato, Towering Inferno, Catch Them All, Poisoned Gift and The Well.

With Dobble, we can enjoy spending time with all the family without having to miss anyone out. It’s recommended for kids aged six and over but we found that our four year old grasped it quite quickly. As long as the young ones had played with an adult a couple of times beforehand, it can be enjoyed by kids of all ages!

Dobble is available from Argos and other good retailers (RRP: £12.99). You can find out more about Dobble from the Esdevium Games website.