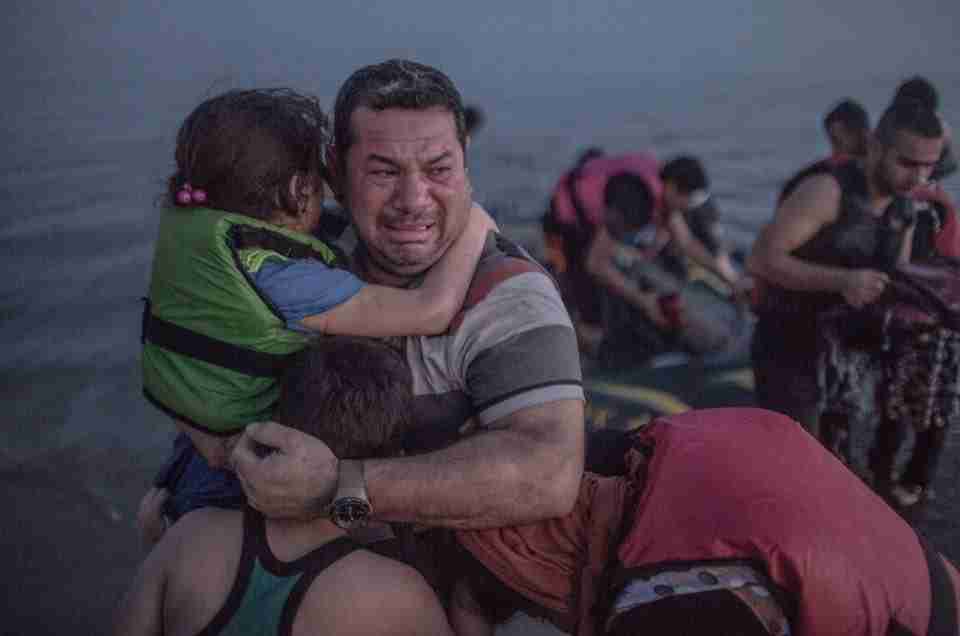 So trust me, immigrants aren’t ‘flooding the country’ to get £40-odd of benefits. Considering the whole world’s population can fit in an area the size of Wales and the numbers at Calais are nothing but a drop in the ocean it’s time to get off this scare-mongering propaganda.

There are no facilities where they can have their basic needs met while they apply for asylum; no shelter, no food, no water. We’re not talking about economic migrants – I believe we call ourselves ‘expats’ when we move to another country because using a different terminology makes it okay, right? We’re talking about people running for their lives – and those who have nothing therefore are nothing, right?

They’re fleeing to somewhere where they can finally keep their children safe. They have nothing because when your city is being ripped apart, when those that are supposed to help you are harming you, when there is nothing left and nowhere to turn you don’t have a chance to pack suitcases and book tickets and arrange removal vans. You run.

We’re told it’s a ‘refugee crisis’. It’s a crisis alright. A vicious, horrendous, frightening, war-torn crisis. And refugees are the result of the problem, not a cause of it. Are we so lacking in compassion that we can’t extend help to those who desperately, genuinely need it? And if you don’t want to extend help, well that’s okay. Just quit spreading hatred and stirring the ‘we don’t want them here’ pot.

The problem is, we’re so caught up in upgrading our gadgets and talking about the weather that we forget there’s a whole load of terror in the big world out there.

It’s terror we’ve never experienced and one that we hope beyond all hope that we will never, ever have to. They’ve escaped bombs and raping and children slain in their beds as they sleep. What’s been your biggest problem lately?

If tables were suddenly turned and you had to flee with your family leaving everything else behind, how would you want to be treated?

What if this was your child?

I hope that if any of us were to find ourselves desperately fleeing war and persecution, that wherever we find ourselves would treat us with compassion as a fellow person rather than with hatred and contempt simply because we were outsiders, and that we would be helped in our time of need.

The video above was created by Save the Children. If it has made you think twice about the situation in Calais you might be interested in donating some much-needed items to Calais Action or to www.calaid.co.uk, a list of the most-needed can be found over on their site.

9 thoughts on “We ALL want to keep our children safe”